Posted by Patrick Webb at 8:16 PM No comments: 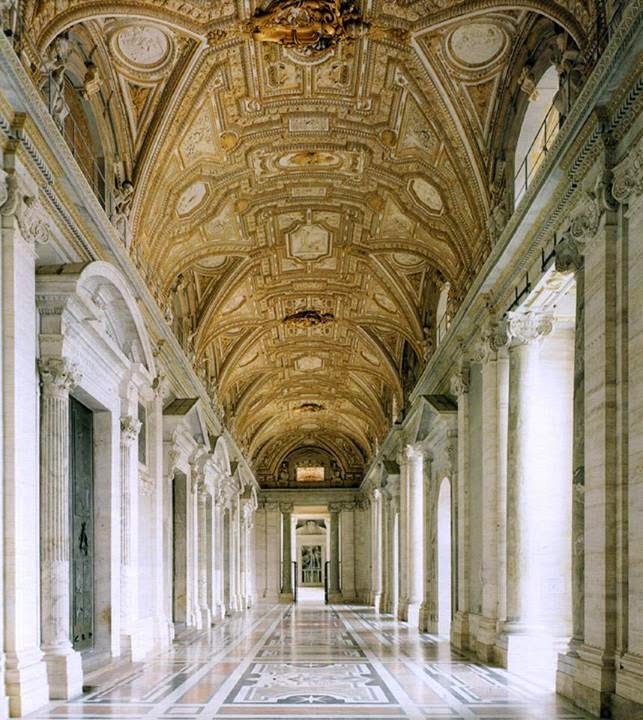 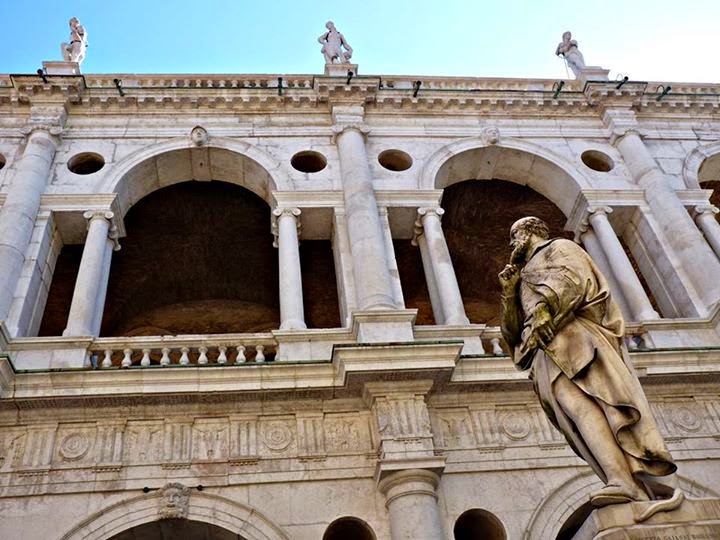 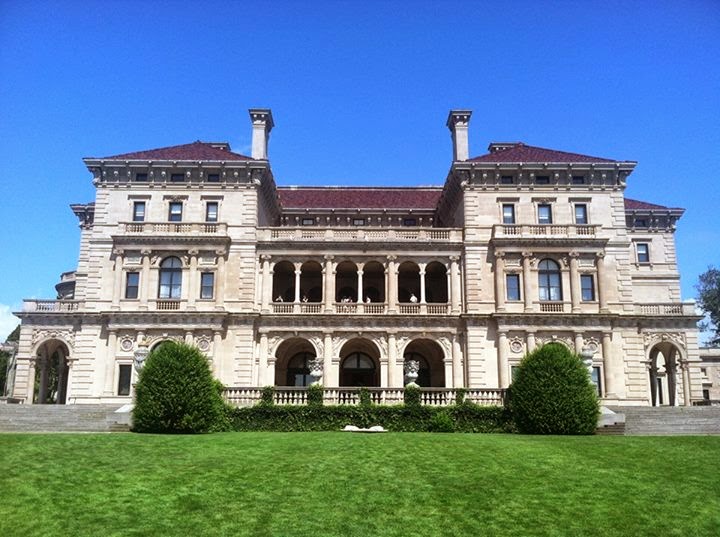 Posted by Patrick Webb at 4:03 PM No comments:

Perhaps it sounds odd to set aside a consideration of 'Monstrosities' as a focal point of a larger description of Beauty. Nevertheless, that is precisely what John Ruskin did and with good reason. Ruskin firmly held the position that the purest sources of beauty were "derived chiefly from the external appearances of organic nature." With its practically infinite degree of variety, nature remains an inexhaustible fountain of inspiration. Nevertheless, during the Renaissance there arose a growing tendency to instead conventionalize, to recycle previous forms of decoration as well as to imitate artificial, man-made forms.

By the 19th century the dearth of originality was palpable. Craftsmen were increasingly debased to skilled laborers, simply executing specifications received from architects, drawn from pattern books. Granted, to our 21st century eyes much of this ornamental work was of high quality, still being made from heritage materials, using traditional techniques, produced by the human hand. However, Ruskin and his contemporaries were very sensitive to the direction the Decorative Arts were heading as he expressed, "There are many forms of so called decoration in architecture...I have no hesitation in asserting to be not ornament at all, but to be ugly things, the expense of which ought to be in truth to be set down in the architect's contract, as 'For Monstrification.'"

I'll attempt to highlight some examples of what Ruskin saw as abuses of the period and in his spirit, temper the 'monstrosities' with some healthy examples.

Also known as the Greek Key or Fret the Meander was an ubiquitous motif of the Greek Revival period, forged into ornamental iron gates or carved into large friezes and plinth blocks. Ruskin points out that the meander pattern is exceedingly rare in nature, only known to be occurring with the cooling of molten bismuth, itself a rare metal that must first be extracted from bismuth ore. Nature by and large abhors straight lines, particularly at the human scale. Perhaps fitting as a texture at the scale of coins or jewelry, in Ruskin's judgement the meander as architectural ornamentation was just ugly. 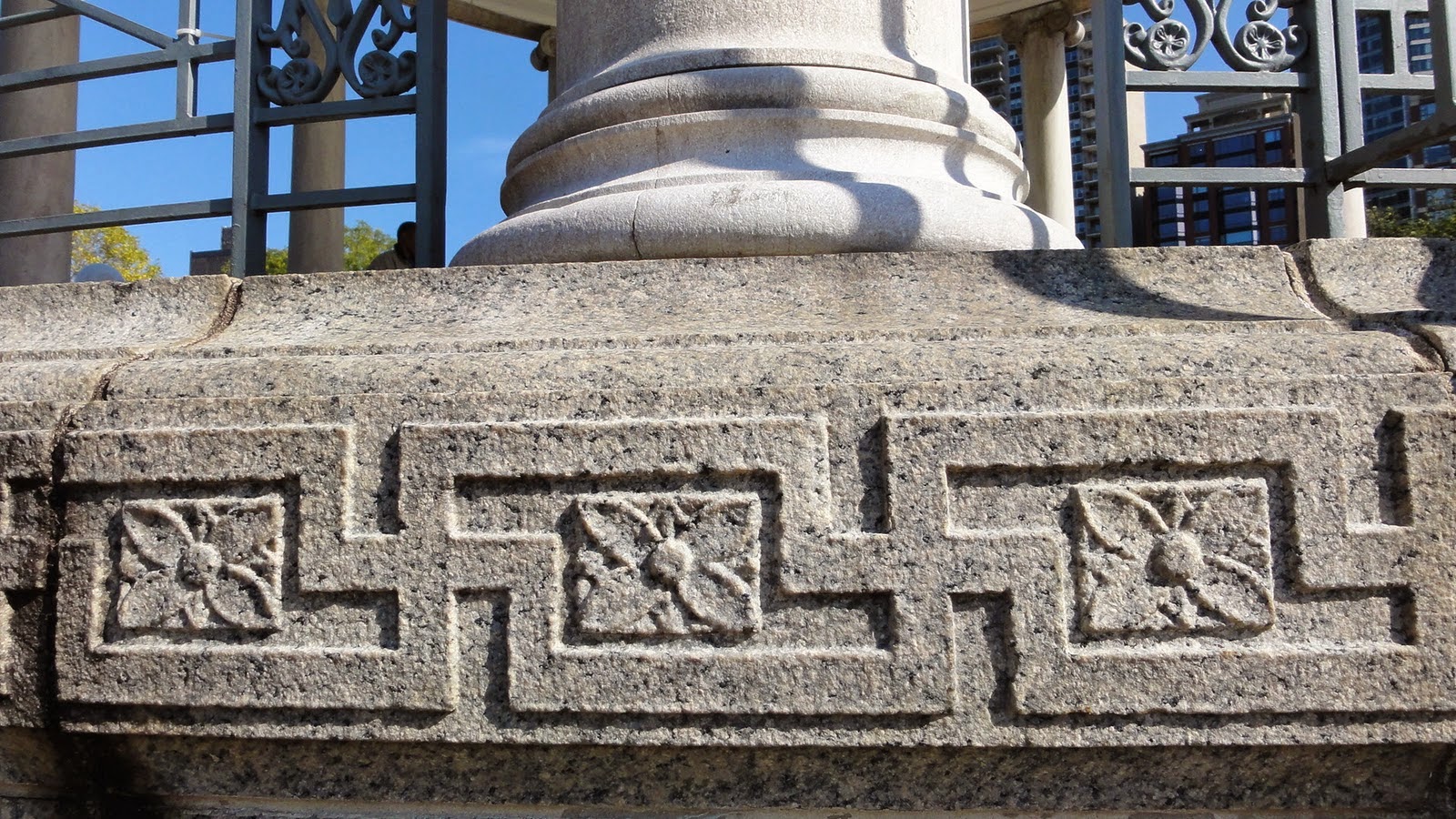 Another contention of Ruskin was that our creation of beauty is owing to an imitative dependence on nature. This wasn't to say that everything a craftman created was a direct, faithful copy of what he saw. To the contrary it might instead be a coincidental resemblance, the incorporation of a particular curve or pattern from a leaf or web into the craftsman's design. Worse than the unimitative, abstract works like the aforementioned meander, Ruskin abhorred artificial imitation of man made objects. The regular grid of the portcullis he described as "unmitigatedly frightful" contrasting it with the worthy subject of a cobweb or wing of an insect.

Regarding coats of arms and escutcheons Ruskin acknowledged that heraldic decoration has its place, typically a prominent place above gates, entry doors etc. Also, some of the sculpted forms contained within such as animals or flowers might be in themselves quite beautiful. However, he likewise cautioned, "For the most part, heraldic similitudes and arrangements are so professedly and pointedly unnatural, that it would be difficult to invent anything uglier; and the use of them as a repeated decoration will utterly destroy both the power and beauty of any building...it is right to tell those who enter your doors that you are such a one, and of such a rank; but to tell them again and again, wherever they turn, becomes soon impertinence."

Similar to heraldry there should be purpose and meaning when writing is introduced into a composition. Neither the writing itself nor the scroll it is written on are natural or inherently beautiful things. This point was lost on many artists who treated the scroll and text ornamentally, often to the point of illegibility as Ruskin elucidates: "All letters are frightful things, and to be endured only upon occasion; that is to say, in places where the sense of the inscription is of more importance than the external ornament. Inscriptions in churches, in rooms, and on pictures are often desirable, but they are not to be considered architectural or pictorial ornaments: they are, on the contrary, obstinate offences to the eye, not to be suffered except when their intellectual office introduces them."

Till now we've considered the scale, appropriateness, in general terms the judicious use of decoration that is not inherently beautiful. Subsequently I'll declare to an outright condemnation. I share Ruskin's view that ribbons, sometimes referred to in an architectural context as ribands, are irredeemably monstrous. They are the flattest, limpest most dead thing introduced into ornament. The closest resemblance to a decorative ribbon in nature is the tapeworm. I have a colleague, an ornamental carver of significant talent, who has produced a number of beautiful works. He also sculpts a lot of ribands. He should stop. They are a sallow stain on an otherwise vibrant portfolio. Honestly, if he receives a commission featuring ribands from an architect he would be better to politely decline or at the very least insist that he be in no way credited or associated with the work.


Ruskin's critique is as follows, "Is there anything like ribands in nature? It might be thought that grass and seaweed afforded apologetic types. They do not. There is a wide difference between their structure and that of a riband. They have a skeleton, an anatomy, a central rib, or fibre, or framework of some kind or another, which has a beginning and an end, a root and head, and whose make and strength affect every direction of their motion, and every line of their form. The loosest weed that drifts and waves under the types. heaving of the sea, or hangs heavily on the brown and slippery shore, has a marked strength, structure, elasticity, gradation of substance; its extremities are more finely fibred than its centre, its centre than its root: every fork of its ramification is measured and proportioned; every wave of its languid lines is lovely. It has its allotted size, and place, and function; it is a specific creature. What is there like this in a riband? It has no structure: it is a succession of cut threads all alike; it has no skeleton, no make, no form, no size, no will of its own. You cut it and crush it into what you will. It has no strength, no languor. It cannot fall into a single graceful form. It cannot wave, in the true sense, but only flutter: it cannot bend, in the true sense, but only turn and be wrinkled. It is a vile thing; it spoils all that is near its wretched film of an existence."

Like the riband, used in isolation drapery is always ignoble. Unfortunately, it is all too often encountered unceremoniously glued on a blank wall as a decorative swag or littering the urns of every cemetery, desecrating the deceased with a daub of ugliness. However, unlike the riband, drapery finds redemption. Upon the human form it wields the power to convey dynamic forces in motion as well as the static exercise of gravity in repose. Bernini was a master of the former, utilizing drapery to animate his work, Michelangelo the latter heightening the heavy weight of repose. What it lacks in beauty it is capable of conveying in sublimity. 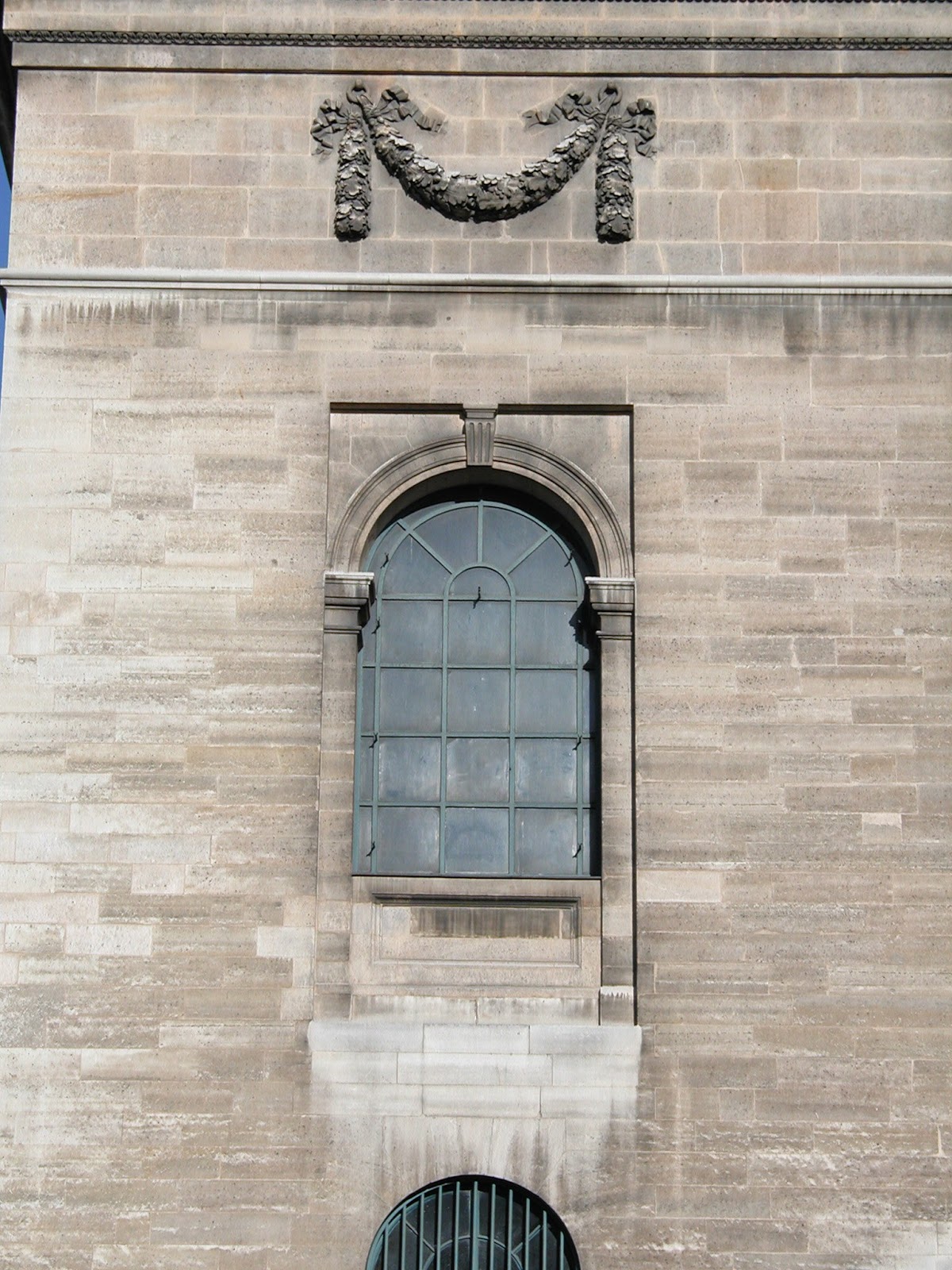 The festoon is such a strange, oft displaced creature. Perhaps the gathering of flowers in stone to lay across a sepulchrum in perpetuity bestows both beauty and merit. The question though is really one of architectural appropriateness. It usually appears in the severest of architecture, at a high elevation unable to be truly appreciated, a lopsided crescent gathering soot. I personally feel this at one of my favourite buildings in Paris, Le Panthéon. As Ruskin observed in a similar instance at St. Paul's in London, the awkward "displaced abundance" of the festoon results in the bare wall appearing "poverty stricken", undermining its sublimity.

I could go on and bore everyone with Ruskin's view of dripstones employed in the Gothic Revival but I'm sure you've had enough. I'll just conclude by saying that I feel Cellini's Perseus and Medusa shown at the outset is one of the greatest nude statues ever conceived. Perhaps you have guessed the monster by now. No, not the head of the gorgon. Rather the true monster is the strap across Perseus' otherwise bare body with the inscription of the sculptor and the date of his work. Oooh Cellini, how could you?

Thankfully he next post in the series will return to a decidedly more positive topic: The Lamp of Life