A Word on Style 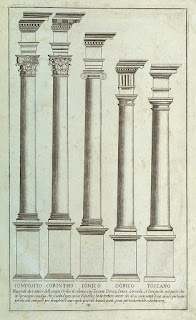 In the field of architecture there's been a good bit of controversy over the word, 'style'. It seems nobody wants to be associated with it, neither the Traditionally minded nor the Modernist types. Often times you'll finding one or the other lobbing it against the other side as some type of pejorative. The word 'style' entering into preservation guidelines, building codes, or quite recently in a draft of an executive order seem to present particularly problematic issues of interpretation. I think it might be helpful to look at the etymology of this word and how its original meaning has expanded within the domain of architecture.

First there were 3, then there were 5.
Our English word 'style' owes its origin in part to the Greek word 'stŷlos' (στῦλος) which literally means 'pillar' or 'column'. Classical Greece had developed what we now refer to as three principal orders of architecture: the Doric, the Ionic, and the Corinthian. The orders acted on one hand as a system of proportion for the building and on the other informed the type and quantity of enrichment. Each order of architecture was associated with a particular stŷlos or column. To work in a particular style for the Classical Greeks was to work in a particular system of proportion, symbology, and enrichment immediately perceived by the type of column utilised. Additionally, the number and spacing of columns presented both in elevation as well as in plan were integral to the design and nomenclature of Classical Greek architecture.


The Romans modified the 3 styles inherited from the Greeks and added a couple of their own, what later came to be called the Tuscan, and the Composite for a total of 5. The Romans were a bit more liberal in the use of styles, that is to say columns. While they continued to build single-storey post and beam architecture, there was a significant adoption of vaults that facilitated structures of multiple stories. As such, different styles, that is to say orders of architecture with their respective columns were often used for successive stories of their buildings. Typically, this would proceed from the less to more attenuated and enriched with an increase in elevation. Many times they were merely expressive, engaged columns or pilasters that served no structural function.

Of course, prior to Greece and Rome the Minoans, Persians, Egyptians, and other civilisations had their own orders of columnar (column-based) architecture so that it could be said that a wide variety of 'styles' existed in the ancient world. Likewise in the Middle Ages new styles of column based architecture emerged: the Gothic, Romanesque, and Islamic being prominent examples whereas during the Italian Renaissance there was a returned interest in the Classical architectural orders of the Greeks and Romans.

Interestingly enough a Classical building may be realised in a particular architectural order without using columns at all. In this case the column is implied in the proportions and enrichment of the building which it continues to dictate. This is very common in domestic architecture and interiors generally. 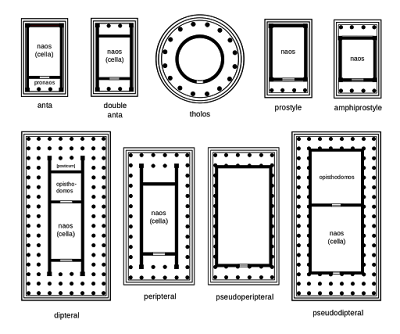 The Modernists Got No Style

I mean that literally in the sense we've been considering style from a Classical architectural perspective. For the most part Modernist architecture is 'astylar', having no columns that provide an expressive role. Form is most often dictated by a grid serving a predetermined function. Even if columns physically exist to provide some structural support and are visible to the observer, typically they do not govern the proportion of the building or indicate its enrichment (usually none). Poured or blocked concrete, internal steel frame, or exposed 'pilotis', steel reinforced concrete posts, are various means of structural support used in place of columns for Modernist architecture. 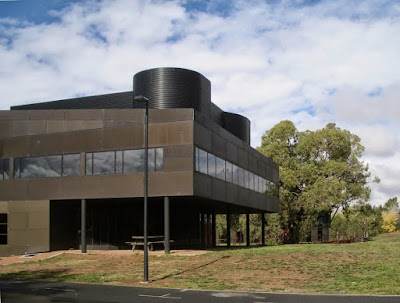 As we've discussed to this point, from the Classical perspective the concept of style points to something very tectonic, that's to say referential to the way we construct buildings physically. However, there is a very different interpretation of the word style based upon a distinct yet related etymology. Our English word 'style' is also thought to have been inherited from the French 'stile', thus from the Latin 'stilus'. Of course we recognise this as a direct correlation to our own word 'stylus', essentially a pen. Yes, another uprightly held object but not quite a column. There is a certain metaphorical association of the English word 'style' with the instrument of writing, the stylus. Both in the appearance of the penmanship and the thoughts expressed therein 'style' came to be associated with a manner of communication. The metaphor was first extended from writing to speech, and subsequently to all manner of expression including such diverse activities as music, art and architecture. 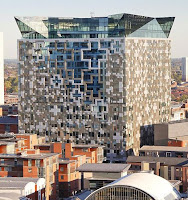 First introduced into architecture by Modernism was the concept of the 'zeitgeist', literally the 'time
ghost' but often translated as the spirit of the age. An attempt was made to redefine architectural style as a reflection of time rather than being grounded in a place, cultural tradition, or a system of building knowledge. The entire bequeathed legacy of architecture was reinterpreted through a specific historicist lens: a series of successive 'styles' that were progressing towards a perfected form in an evolutionary manner.

Having come as close as possible to this ideal in the mid-20th century, the initial Modernist movement in architecture subsequently lost motivation and became exhausted. Unfortunately, what next occurred was an influence of a profound cynicism emanating from Postmodernist theory; architectural style became wedded in an unnatural union to the concept of fashion and reduced like a pair of knickers as something marketed to the public but for a season. Perpetual novelty, irony, paradox, contrast and violent juxtaposition have become the norm for the more prestigious commission, drab uninventive boxes for much of the rest that make up the greater percentage of our buildings.

Where does this leave us today? After more than 70 years of continuous expansion, our shared civic  architectural environment is largely an amalgam of Modernist/PostModernist design. Although much has been lost, there yet remains enough of various traditional urban fabric remaining to understand and inhabit the alternatives that retain much embedded wisdom provided by previous generations. Although contemporary architectural academics and professionals broadly feel the reconsideration of any previous architectural 'styles' to be nostalgic, retrogressive, and unfashionable, they also appear to be completely out of touch with popular opinion expressing dissatisfaction with the mounting chaos of the built environment and the subsequent pressure perpetual novelty places upon the natural environment.