An American Couple’s Perspective on French Wine and Plaster Traditions:Terroir 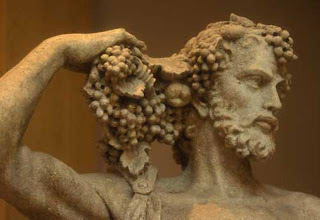 In our previous post we familiarized ourselves with the concept of varietals and how they exist in wine and plaster. For wine we learned that each variety of grape possesses unique characteristics and that a few of these grapes varieties actually produce a good wine without blending, known as a varietal.

Varietals are important; however, for the French there is one contributing factor in making a truly great wine or plaster that is absolutely fundamental. That essential component is the one we have little to no control of. It is summed up in a small yet tricky to pronounce word called terroir (ter-whah).

This blog post is the second of a five part series on French traditions of wine and plaster making framed in a very wine oriented vocabulary:
Terroir in Wine

Terroir comprises all the geologic, atmospheric and climactic conditions found within a wine-making region that give grapes the foundation they need to develop the characteristics we enjoy in our favorite wines. Just like it sounds, terroir is an extensive topic. For our glimpse into this world; however, the following overview addresses three key aspects of terroir: temperature, moisture and soil composition.
All of the world’s major wine growing regions are situated between 30˚ and 50˚ latitude in both the northern and southern hemispheres meaning that cool to moderate temperatures are optimal for wine grape growing. In cooler climates with less sun exposure (think Washington State or Germany) ripe grapes retain enough “greenness” to produce wonderfully crisp, herbaceous wines like sauvignon blanc which pairs nicely with a green salad topped with goat cheese, green beans and basil pesto. In warmer climates (California and Bordeaux) grapes remain on the vine longer sunning themselves and developing more color, sugar and complexity in the process. The resulting big, bold, fruit is why cabernet sauvignon is known as King Cab.
California and Bordeaux are world-class wine producing regions with oceans bordering both regions providing a moderate and stable climate with minimal risk of damaging frosts. Rainfall in both regions averages a healthy 29 to 34 inches annually. In general, when grapes receive less than optimal rainfall, the vines will produce fewer grapes, though often of superior flavor. In contrast, if heavy downpours occur, particularly close to the harvest time, the grapes absorb too much water, which dilutes the flavors and produces low quality wine. So balance in moisture be it rain, fog or dew is crucial to superior grape production. However, while moisture is important for the vineyard, of equal importance is the vineyard’s drainage system. This leads to our third topic of terroir: soil composition.
As a rule the best wines come from grapes that have suffered a bit; where nutrients are available, but the vine must work for them. According to The World Atlas of Wine writers Hugh Johnson and Jancis Robinson state that best soil (for vineyards) is not particularly fertile, it drains quickly thus forcing the roots downward in search of a water supply. Vineyards in the Medoc region of Bordeaux produces some of the most notable wines because beneath the gravelly topsoils are alternating layers of hard compacted sand and clay. These quickly draining surfaces force the roots to dive deeper until they reach a moist layer of sand and clay near the water table. When nutrients are too easily accessible, vines become complacent and results are one dimensional grapes with underdeveloped structure and complexity.

For plaster, terroir means geology. It is what nature has provided us. You can’t make something from nothing and you can’t produce a great plaster if the geology is poor. Let’s again take a closer look at the terroir of two of the minerals used to make the plaster blend Terre de Séléné: lime and gypsum.
Lime typically is derived from limestone. Limestone is sedimentary rock formed from the skeletal remains of marine creatures that accumulated on the sea floor millions of years in the past. With time and pressure these skeletons are pressed together in beds of stone.

Some limestone contains contaminants of clay or other materials that affect its chemical properties. When these "hydraulic limes" are baked they will readily react and harden when mixed with water. However, many limestone deposits found in both France and the United States are relatively pure with little contamination from clay or other materials. This type of pure limestone produces a lime that blends well with other plasters. It is the very terroir needed for the lime in Terre de Séléné.

I mentioned in the previous post that gypsum and limestone are geologically related. While limestone was forming on ancient sea beds another phenomenon was occurring in salt marsh lagoons along the shore. Through repeated cycles of seawater infiltration and evaporation gypsum, salts and other compounds precipitated and formed large masses.
Many of these masses have been preserved relatively unchanged, covered by layers of clays that protected them from erosion. In these one can find gypsum rock with many of the original impurities that give the gypsum very interesting properties often useful for construction. In many instances though the original gypsum, being more soluble in water than other precipitates, would be carried off with underground water to recrystallize in successively purer forms in subsequent locations. Many distinct forms of gypsum with diverse crystalline, chemical structures and levels of purity formed. There are gypsum crystals found in underground caves in Mexico for instance that measure over 30 feet long and weigh several tons each, the largest crystals in the world!

Grapes, gypsum and limestone were here a long time before we arrived on the scene. Terroir is the result of millions of years of geology and current climate conditions we study and benefit from but can’t imagine to control. That being said good wines and beautiful plasters don’t make themselves. Next blog we’ll consider the human touch, Viticulture.

This article was coauthored by Angela and Patrick Webb
Posted by Patrick Webb at 11:04 PM No comments: