The Lamp of Memory


“God gave us memory so that we might have roses in December” ― J.M. Barrie

Perhaps the greatest lament I have about the architecture of our last generations is that it has absolutely nothing to say. Nowhere is this more evident than in the challenge of preservationists to get the public excited about mid-century Modern architecture. Who can blame them. The "50 year rule" is hardly a compelling argument. The vast majority of these homes and buildings were never designed in such a way as to last very long in the first place. Nevertheless, I imagine we might yet find a way to save or at least extend their useful life if they held any cultural meaning for us, if there existed a worthy narrative to share with our descendants of our accomplishments, of our humanity. The dilemma is that dialogue rarely exists. Consequently, our society is burdened with what to do with a growing inventory of industrially produced architecture.

John Ruskin devotes his sixth essay to memory, to the vital importance of creating places worth caring about and to protecting those worth remembering.

Ruskin saw that there were "but two strong conquerors of the forgetfulness of men, Poetry and Architecture and the latter in some sort includes the former, and is mightier in its reality." Our forefathers knew how to create memorable places. The great ideals embodied in the Constitution and the Bill of Rights were thankfully imbued in our earliest architecture. Not just in federal and state capitols but virtually all public buildings: museums, churches, train stations, libraries, universities; these were all held up as monuments, memorials to communally held values. These bear witness "not only what men have thought and felt, but what their hands have handled, and their strength wrought, and their eyes beheld." Architecture is every bit the record of our civic culture as the written word and potentially far more enduring. 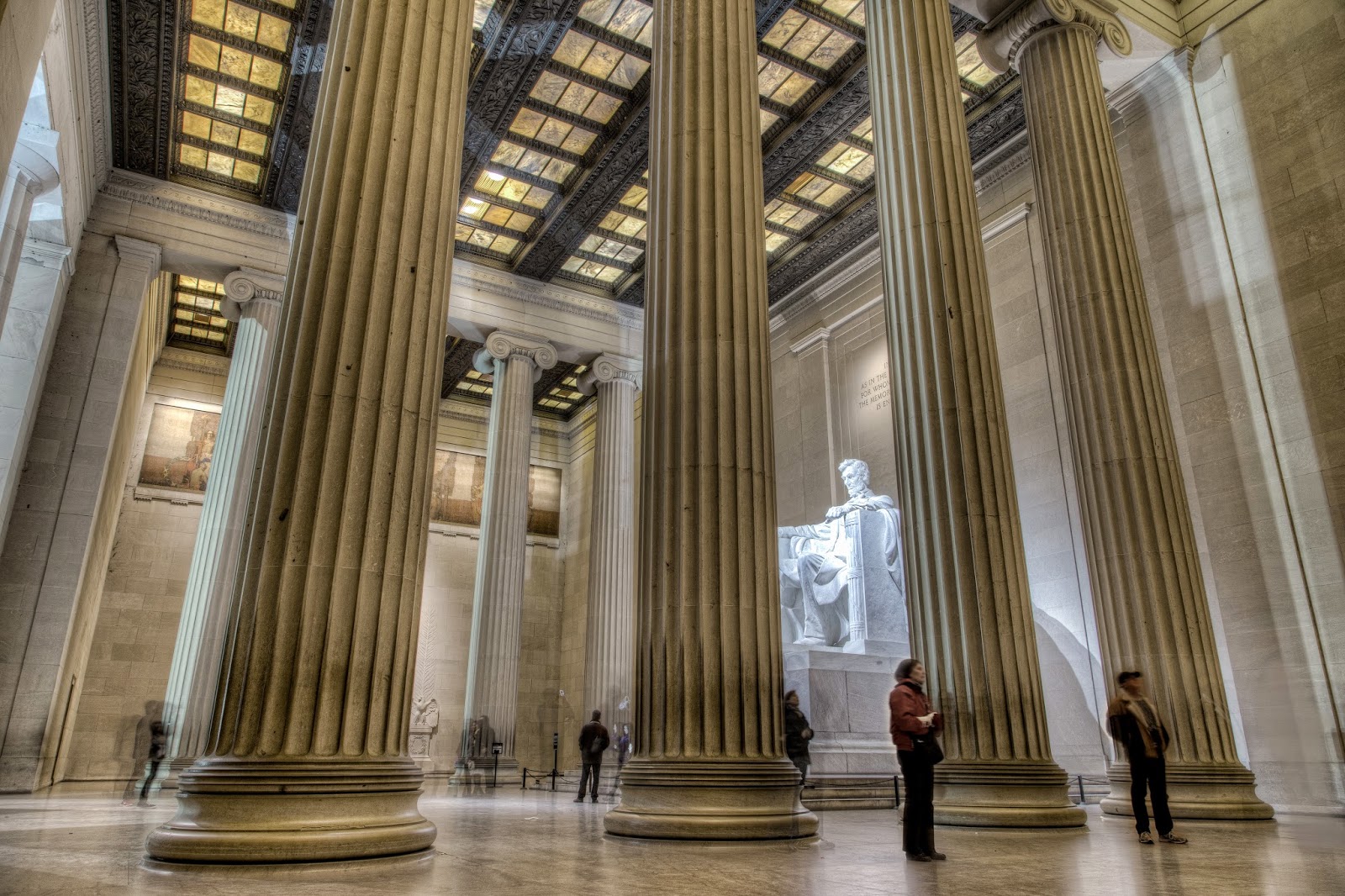 "I cannot but think it an evil sign of a people when their houses are built to last for one generation only." By Ruskin's day the Industrial Revolution was already in full swing in England, supplanting the former craft economy. Craftsmen were obliged to abandon ancestral homes in their towns and villages to seek work in the factories of the cities. Tenement and row housing was being hastily erected to accommodate the influx of labour. Indistinct and impersonal, there was little to distinguish one unit from the next. The incredible damage this wrought upon the individual's sense of identity as well as the collective memory of England as a people still reverberates today.

In essence, this was the period when architecture entirely loses its sense of the sacred, wholly parts ways with humanity, "when men build in the hope of leaving the places they have built, and live in the hope of forgetting the years that they have lived; when the comfort, the peace, the religion of home have ceased to be felt." So today we continually plod down this soulless path of building homes never meant to last, mundane and impersonal, the concept of the home as a commodity, an asset to be liquidated at a moments notice. 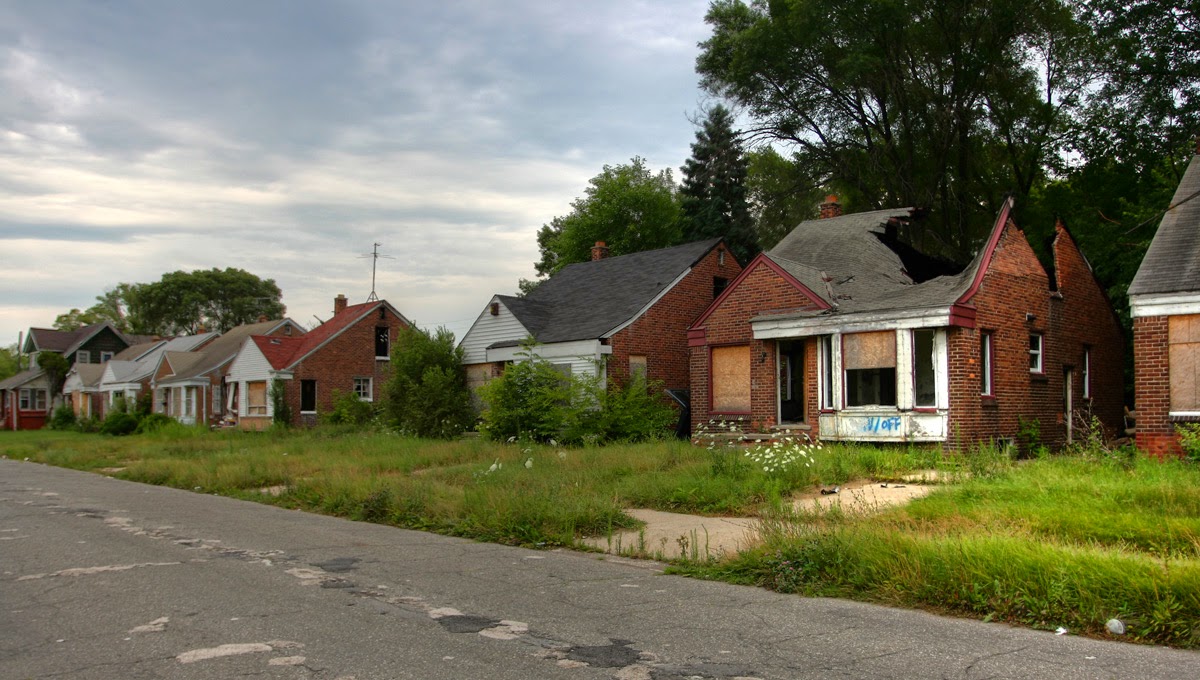 "I believe that good men would generally feel this; and that having spent their lives happily and honourably, they would be grieved, at the close of them, to think that the place of their earthly abode, which had seen, and seemed almost to sympathize in, all their honour, their gladness, or their suffering,—­that this, with all the record it bare of them, and of all material things that they had loved and ruled over, and set the stamp of themselves upon—­was to be swept away, as soon as there was room made for them in the grave; that no respect was to be shown to it, no affection felt for it, no good to be drawn from it by their children; that though there was a monument in the church, there was no warm monument in the hearth and house to them; that all that they ever treasured was despised, and the places that had sheltered and comforted them were dragged down to the dust.  I say that a good man would fear this; and that, far more, a good son, a noble descendant, would fear doing it to his father’s house.  I say that if men lived like men indeed, their houses would be temples—­temples which we should hardly dare to injure, and in which it would make us holy to be permitted to live; and there must be a strange dissolution of natural affection, a strange unthankfulness for all that homes have given and parents taught, a strange consciousness that we have been unfaithful to our fathers’ honour, or that our own lives are not such as would make our dwellings sacred to our children, when each man would fain build to himself, and build for the little revolution of his own life only." 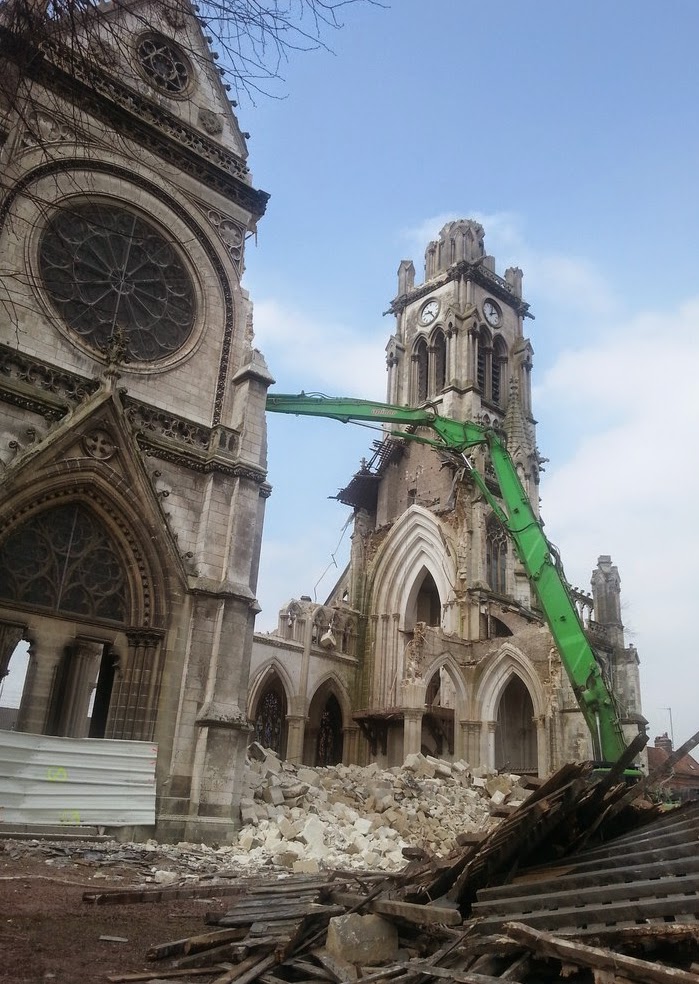 Thus far we have discussed the building of new places worth remembering; however, when an exisiting place that harbours the living memory of an entire community is taken away, the effect can be devastating. This might happen by war, natural disaster or for our generation more frequently by corrupt municipal bureaucracy. A recent poignant example being the Eglise Saint-Jacques in Western France that survived two world wars that destroyed 80% of Abbeville, a surviving monument to hope and resilience, a repository of craftsmanship forever lost to us and subsequent generations.

Most heritage buildings are constructed far better than anything today, by far the reason so many remain with us. It is not extensive, costly restoration that is continually needed to protect them but a reasonable degree of attention to maintenance, "a few sheets of lead put in time upon the roof, a few dead leaves and sticks swept in time out of the water-courses, will save both roof and walls from ruin." Such protection was willfully hindered in the aforementioned example, a deliberate effort to degrade the building carried out by a handful of bureaucrats, "a mob it is, and must be always; it matters not whether enraged, or in deliberate folly; whether countless, or sitting in committees; the people who destroy anything causelessly are a mob, and Architecture is always destroyed causelessly."

John Ruskin's essay was hardly hopeless or fatalistic. By revealing the painful disconnect we have created in our built environment he laid out a vision, a strong emotional appeal for creating lovable places taking precedent from the memorable monuments of our forefathers that we should take every care to protect.