"Love is Love" or so the slogan goes as if love were trivial, univalent, and self-explanatory. To the contrary, the phenomenon of human attraction remains shrouded in mystery and tangled in complexity. The mythology surrounding love surviving from antiquity is at once comforting, distressing, and paradoxical. Among the ancient Greeks "Eros" arose before the gods, that which emerged out of the primordial chaos; a force of attraction that brought the male and female elements together to generate the cosmos. Yet later Eros is described reborn as a product of that very creation, the progeny of Aphrodite, the embodiment of sexual union. Expanding upon the Greeks, the Roman Cupid becomes but one of the "Erotes", by one account a full sibling of Hermaphroditus, the offspring of Mercury (Hermes) and Venus (Aphrodite), characterised by a bisexuality manifest in the flesh.

In Classical antiquity Love was primarily understood as a compelling force of attraction. Nevertheless, it was not considered value neutral, rather Love was laden, pregnant with meaning, much of which was ambiguous. For example, Love was not equated with the "Good". There were certainly fatal attractions for mortal men that ended heroes lives in tragedy and destroyed entire families. The Iliad is perhaps the most prominent example of a devastating act of love, that of Paris of Troy for Helen of Sparta, that serves as the catalyst for war, massacre, and the fall of an entire civilisation. In the same account, the hero Hector's love for his city and his own honour trumps the love of his wife and young son, driving him towards a certain, brutal death. Such mythologised accounts contain fascinating themes quite relevant to contemporary society.

The Greek concept of Love expanded in Hellenistic times, being incorporated into philosophy and ultimately Christianity where it merged with Jewish conceptions. In Western culture we have been thus bequeathed an hierarchy of Loves. Eros, that sexual passionate attraction shared with the animals is often associated with the fallen condition of mankind and beyond its necessity for reproduction has been held to be of questionable virtue. Next there is Storge, described as a familial affection that is likely to exist between parents and offspring. Though not considered sexual in character it describes natural bonds that we see again displayed by animals, in fact a bond that we may even share with an animal such as a pet with whom there is mutual loyalty and affection. The aforementioned "lower" Loves are necessary for procreation and nurturing to maturity. The first of the "higher" loves Philo literally means something like fraternity or brotherly love; however, it can extend to a more general sense of companionship and friendship. It is a voluntary attraction capable of rational agents based on common interests. Nothing is needed from the other party, philo is a love for love's sake, an uniquely human thing. Finally, at the top of the pyramid of Love lies Agape. In Christianity it is considered the highest virtue, a principled love of God for his truth, beauty, and goodness. It is an active, willful love not a passionate one. I have to say there is something a bit disinterested, cold, removed about it. Agape is held as what we "ought" to do, our highest moral obligation. Although active participation in religious practise has waned in the West I would contend that culturally we still hold Love, if in an increasingly muddled understanding, as the highest moral virtue for human beings. If only the world had more love!

All in the Family

That sexual attraction can be generative is uncontroversial, it was after all the very basis for our own conception. Subsequently, another aspect of love makes itself manifest upon birth, motivating parents to nurture their children to maturity. Neither is this love unidirectional; children naturally form strong attractive bonds for their parents. However, there arises difficulties in loving someone. First, the intensity of attraction will not be reciprocal. An imbalance of love leads of feelings of guilt, betrayal, and abandonment. Secondly and very much related, there always exists competition for love. Sons will often vie for the affection of their mother with their father; daughters do the same with their mother or other siblings for the attention of their father. This common pattern of jealousy and resentment betrays a taboo sexual undercurrent to what we want to imagine is nothing more than a "Platonic" love within the family. There are but some of the limitations with loving someone in the flesh. As there's only so much of them to go around, love is destined at some point to go unrequited. That sexual attraction can be destructive is likewise uncontroversial.

All you need is Love?

Where might all of that unrecompensed attraction get directed? Obviously, children do grow up and in the normal course of life tend to fall in love and repeat the aforementioned cycle. However, if only that powerful, motivating attractive force could be harnessed and redirected! If only the object of love could be separated from the constraints of flesh and bone and made communal, psychological, spiritual even. Then perhaps it could serve as a limitless reservoir for an infinite amount of people! Such untapped potential has not been lost on savvy minds. And so we've a plethora of institutions that stand as gateways to love of God, love of country, love of ideology, love of love itself.

As a brief aside, I should reiterate that humans aren't entirely unique as animals share a limited capacity for love. They'll almost always defend themselves, sometimes they'll fight for their mate, more often than not they'll sacrifice themselves for their young. Yet, humans have exponentially more capacity for love than any other creature that exists. Our love includes all of the above yet extends to concepts that prompt us to give much of our lives over to beliefs, to the extreme that we're often willing to sacrifice the natural bonds of family for them in a way that other animals lack the ability to even consider. Ironically the key to redirecting our attractive force towards a concept is that it must rematerialise. We need an idol, an avatar recipient for our love to flow. The receiving vessel can be a candidate, a guru, a revolutionary, a god. They can be alive or dead, real or imagined. What matters is that we believe. 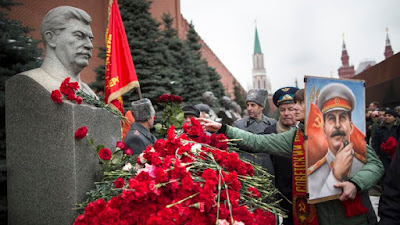 Clearly, that intangible sentiment we call Love is very powerful; moreover, it's potentially quite dangerous. I'd advise a cautious approach in its handling: be careful towards what and upon whom you bestow your love.

Posted by Patrick Webb at 12:45 PM No comments: