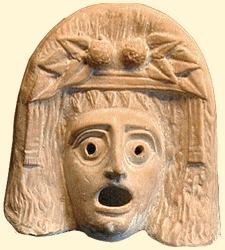 “once heard tell of a person
a mask of a lass, coercing

a drama your life'll worsen” 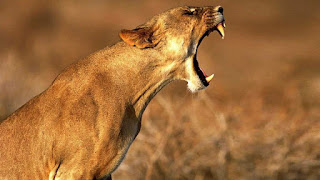 "my mane is tame?
my roar is a bore?
expose me your heart
I'll rend it apart

a feline companion
of reckless abandon
if this you do ken,
dare enter my den

A Fragment of a Lady's Destiny


“A reflection bid from the sea,
to break her quiet revelry.
Might that now she dare dream free,
and drink therewith her destiny?
A life of shadows not.
Within her bosom courage grew,
upon her lips the chalice blue,
beyond the arch her gaze doth flew.
The Lady of Shalott.”

Posted by Patrick Webb at 1:12 PM No comments:

The origin of the term 'muse' has been attributed to the ancient Sanskrit मनस् (manas), literally meaning the aspect of consciousness connected with sense perception and desire. It is from this thoughtful root that we can attribute words such as mind, memory, and music in English. The Grecian muses have an origin stretching back into prehistory and the correspondence of their roles with mind, memory, and music is nothing short of remarkable. It would appear that the muses had been originally represented as a triad: Melete (meditation), Mneme (memory), and Aoide (song) were to aid the devotee to engage all of these faculties in the practise of the cult.

In the Classical accounts of Homer and Heisod, the muses are expanded to nine. They are the progeny of Zeus and the Titaness of Memory, Mnemosyne. Alternatively, they are depicted as having been unearthed from a spring upon the sacred Mount Helikon by the winged horse Pegasus. This however may not be an entirely unrelated account as Mnemosyne had also a disembodied existence as the river of remembrance in the underworld. To remember is to heal. As the daughters of memory, the nine muses conduct a procession through tragedy, comedy, music, poetry, and dance reenacting history in artistic revelry, enriching the meaning of the present moment. They are joined, sometimes led by their half-brother Apollo, god of the civilised art, music and poetry prominent featured among them.

And so without further delay and for your amusement I present the nine Muses of Greek antiquity!

Each one of the nine muses has their own bit of easily identifiable iconography. Urania is typically crowned with a tiara of stars. She is reckoned to be the eldest and the most intellectually oriented of the ladies. In hand you'll often find her celestial dividers which she uses upon a globe representing not the earth but the heavens on which she tracks the planets and marks off the constellations.

The greatest epic poet on Ancient Greece, Homer, is closely associated with Calliope who was purported to be his inspiration, being present at his deathbed to console him with sweet song. Her most consistent iconography is a golden tiara or ribbon, and a tablet or scroll of epic verse.

Calliope taught her son Orpheus the art of music. The Orphic mysteries became a refined interpretation of the older, savage cult of Dionysus. In turn, they served as inspiration for the increasingly rational Pythagorean brotherhood and finally the open philosophy of Plato.

Certainly the most studious of the gang, Clio is most often depicted with a book in one hand, sometimes a trumpet in the other, crowned with a wreath of laurel.

"What is Past is Prologue" is the inscription on the pedestal of the Present sculpture situated in front of the façade of the National Archives, where sculptor Robert Aiken chose Clio as the subject to convey the history yet to be recorded within for the country.

Originally the muse of chorus, she in time became intimately associated with Euripedes' The Bacchae and other tragedies held at the theatre of Dionysus in Athens.

Melponmene's depiction is appropriately brooding, her iconography includes a wreath of grapevine, a tragic masque, and a bloody dagger in hand. To lighten the mood she's often depicted with her upbeat sis Thalia, muse of Comedy. She's been a fan favourite amongst the French, with a number of fine sculptures of her to be found inside and out of the Palais du Luovre.

Turn that frown upside down!

Thalia's name literally means blooming or flourishing. She is typically portrayed as youthful and smiling crowned with a wreath of flowers and myrtle leaves. Comedic masque in hand, Thalia's often paired with sourpuss sis Melpomene, doing her best to cheer her up.


All the girls can be found opulently depicted in the coved ceiling of the breathtaking Grand Foyer of the Opéra Garnier, essentially a temple of the muses.

Mistress of the flute, giver of delights, Euterpe is the quintessential lovely young maiden with flowers in her hair.

An inspiration to musicians and particularly composers, she's often given a preeminent place of honour at theatres and concert halls.

"Love, Love will keep us together" - Captain & Tennille


The ancients took this quite literally. Eros was an innate force of desire akin to gravity that initiated motion in bodies cosmic and fleshly. Erato embodied that spirit the most of the muses, inscribing her poetry and verse for the lyre with an arrow of Eros.

Also rhetoric, soliloquy, and prose. Polyhymnia had a way with words and while her name literally means "heaping praise" she had no hesitation in pointing fingers. If pearls are indication of wisdom, it's notable that Polyhymnia is crowned with a string of them.

A muse with not much to say, she lets her body do the talking...a lot to be learned from that. I think she's my favourite!


We'll end our journey with a parting shot of all the bonnie lasses together on the Isle of Corfu: