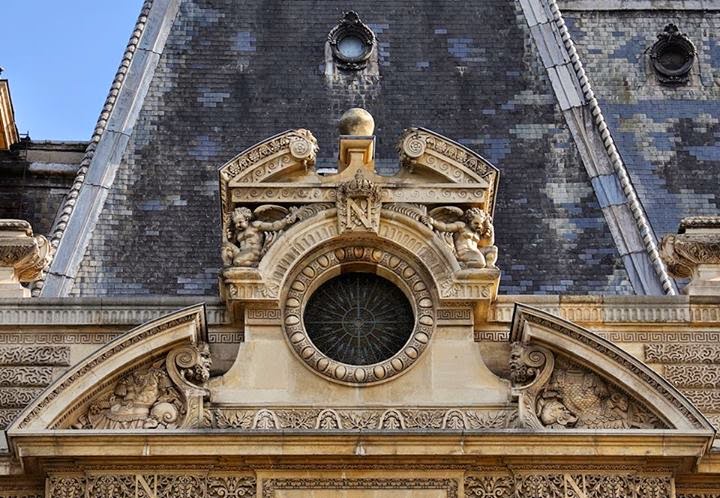 ‘Oculus’ is Latin for ‘eye’ and refers prominently to the circular opening at the top of a dome. However, oculus is also used to describe the ‘eye’ of a volute and a round or elliptical window opening.

Oculus windows came in vogue in the French Baroque and can be found on iconic structures such as Versailles and the Louvre. ‘Œil de Boeuf’ means ‘bull’s-eye’. 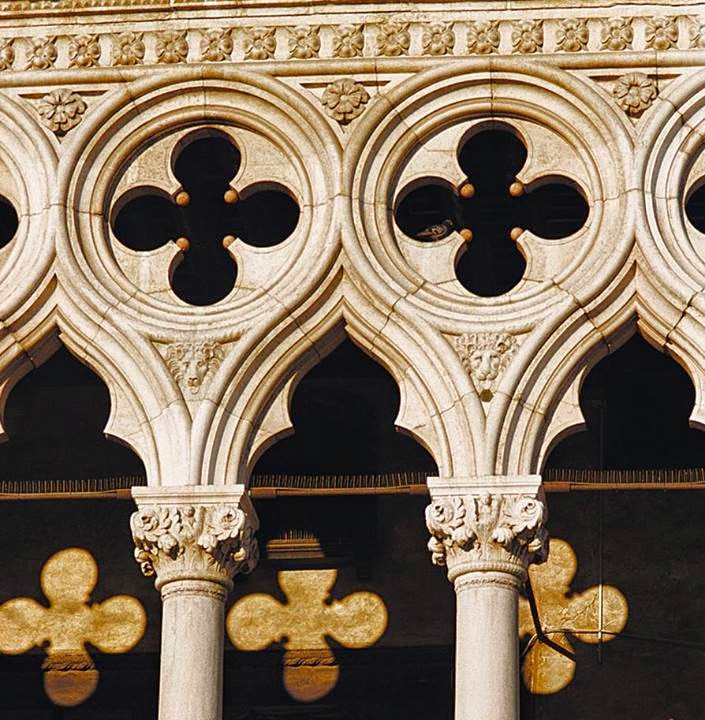 Overlapping rings are a common feature of Gothic architecture. The open areas are referred to as ‘foils’, from the Latin word for leaf, ‘folium’.

‘Mutules’ are a specific species of bracket typical of the Doric architectural order, speculated to be representative of rafter tails from an earlier timber architecture. They are characterized by guttae along their bottom face and are aligned above the trigylphs.

When the metopes of the frieze are filled with animal sculpture relief, the frieze can alternatively be called a ‘zoophorous’ literally meaning ‘supporting an animal’ in ancient Greek. 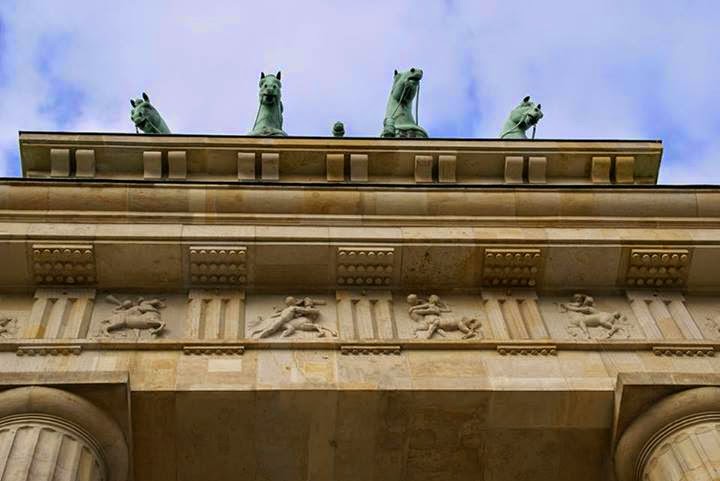 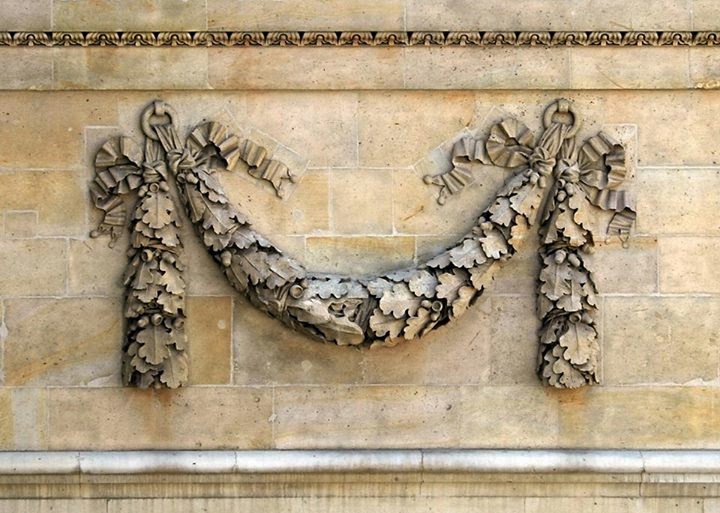 Out of the three I would venture that ‘festoon’ is the more serious, architectural term. All three can refer to an ornamental representation of bunched, hanging leaves sometimes with fruits and flowers.

If just fabric is depicted, ‘swag’ is the appropriate term.

Spanish architect Rafael Guastavino made popular a Mediterranean system of vaulting with interlocking clay tiles laid out in the form of an inverted catenary profile. It was introduced to the United States during the late 19th thru earlier 20th century and can be seen in many public landmarks such as Grand Central Station, NY.


The tradition continues in France under the name ‘le voute Sarrazine’, utilized to create delicate helix shaped staircases. A traditional gypsum plaster is used as mortar. 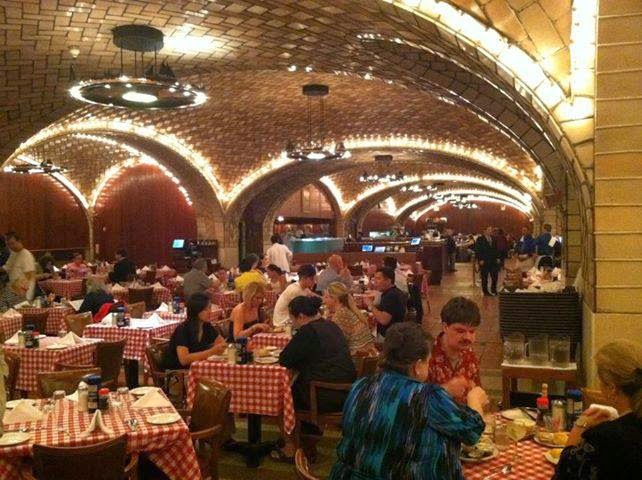