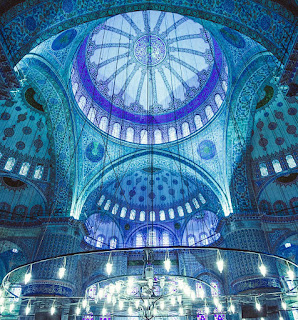 "You are not a drop in the ocean. You are the entire ocean, in a drop" - Jalāl ad-Dīn Muhammad
Rūmī

A commonly expressed tenet of the mystical perspective is that we and everything surrounding us are localised and temporal manifestations of a greater wholeness. Stated another way, between you and the ultimate reality...there is no separation.

Unsurprisingly, for a number of mystic traditions such as Sufi Muslims, Kabbalist Jews, Taoists, Zen Buddhists and many monastic traditions within Christianity the boundaries of belief have always remained somewhat permeable. This openness and desire for unity typical of mysticism has the capacity to transcend dogmatic belief, heal division and uncover that which connects and binds us to each other and all there is.

Working together with a traditional plaster and masonry company, Preservation Works, I recently received a commission for the design, construction and installation of an enriched plaster dome of Islamic geometric design. This was for the "mihrab" or private chapel of a couple in their newly built home situated on the "Farm of Peace" an 150 acre Sufi Muslim community, retreat and healing centre nestled in the gently rolling hills of south-central Pennsylvania. I was given great liberty with the design and manufacture of the dome of which I'll attempt to share my experience. 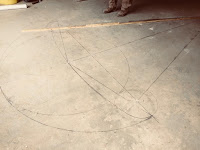 The owners presented me with a rendering of an hexadecagram, a 16-sided star polygon as a point of departure for the design. Such "four-fold" geometries are the most common in Islamic geometric design as the root regular polygon, the square fully occupies surfaces, making it well adapted it for complex designs. However, the first challenge was to determine the surface to receive the design, to research what kind of curvature for the dome was possible given the architectural constraints of the room height, the potentially obstructing rafters above and even the thickness of the dome itself. We managed to squeeze out the most curvature possible with a profile generated by a three-centred arch, an approximate ellipse. 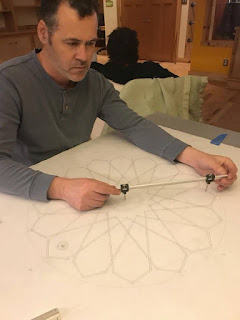 With the occasional exception of highly stylised vegetal design, representational art is strongly discouraged, at times forbidden in Islamic tradition. Artists have responded to these constraints by pushing the very limits of aesthetic potential and symbolic meaning possible from geometric design. The star becomes a common motif. As an emanation from a centre it acts as a symbol of divine enlightenment, yet the same centrepoint draws you in to the divine unity. This sense of unity can be fortified with an interlacement of the bands, representing the woven tapestry of the universe in its infinitude. 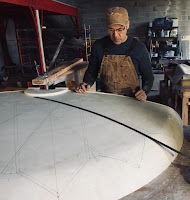 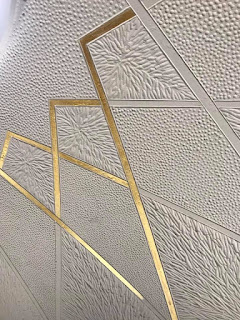 Islamic geometry participates in a far more universal tradition of sacred geometry. Principles of the sacred feminine in harmonious relation with the sacred masculine were intrinsic characteristics of the tessellated dome that I sought to augment. For example, the "void" of the dome can point to the vault of heaven but has a perhaps stronger correlation with the universal "womb", the unseen and unknown mystery out of which all emerges. Rather than being considered empty or being nothing, the void symbolises that which is as of yet undifferentiated...potential itself. The gentleness and ethereal nature of the void is contrasted with the rigourous order, the imposed and revealed pattern of the tessellation. 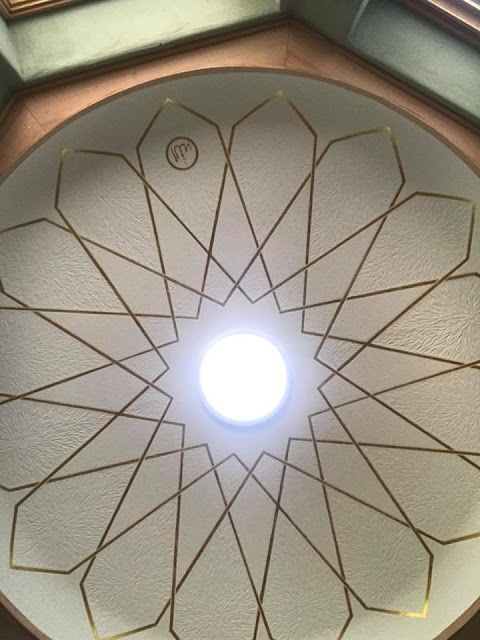