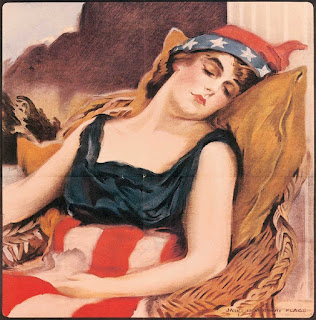 "So it was that Liberty succame to slumber and the whole world fell to ruin..."

The embers of revolution are long extinguished. We have been exchanging liberty for comfort and security for some time now. No longer an active citizenry engaged in all areas of civic life and the struggle for democracy. Rather, we have become languid, passive and dependent; we have become quite literally the gross domesticated product.

I hear people softly complain about "the government", focusing their complaints on the only remaining civic institution that retains a vestige of democracy. Our other institutions: banking, academic and commercial e.g. are unvarnished autocracies and oligarchies. Unapologetic tyrannies under which our will, our youth and our bodily strength are wholly subjugated while they dictate the development of our mind and how we might live. No, you don't get a vote. You don't imagine you even have a right to expect one. This is now it happens, how enlightenment succumbs to darkness, how men cease to be men, perpetually kept in a state of immaturity.

This temperament of violence and subjugation that has grabbed onto us by a choke hold be it physical, psychological or economic is what I would describe as Spartan. A hard people like their hard god of war, Ares, all too willing to make the tough decisions. Fear, terror and discord are the progeny of Ares and the values of a Spartan people.

There is another opposing temperament, the Athenian temperament of plurality, democracy and civic engagement. It would appear the Athenian ideal has fallen in retrograde, the Spartan temperament ascends and a former citizenry is reduced to intimidated helots. What is oft forgotten was that Athena too was a goddess of war, if slow to anger, calm, just and wise.

So I say to the hard Spartans that masquerade as citizens among us that when striking out against the goddess one must be sure to land the death blow; otherwise you've only drawn out her anger and roused her people from their slumber. What I am witnessing is an awakened populace, perhaps a citizenry, just perhaps one whose temperament is Athenian whose virtues are culture, solidarity and democracy and whose goddess is also the capable warrior when called upon. Ares is not our patron. As democratic citizens we live in the pivotal moment to drive out this brutish Spartan temperament of autocracy and fear mongering from our institutions whilst reaffirming our commitment to Liberty, to reestablishing the conditions where individual engagement as citizens and true human flourishing for our fellowman are possible. 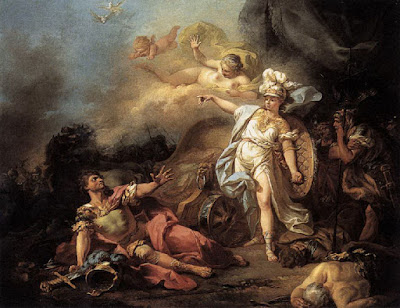