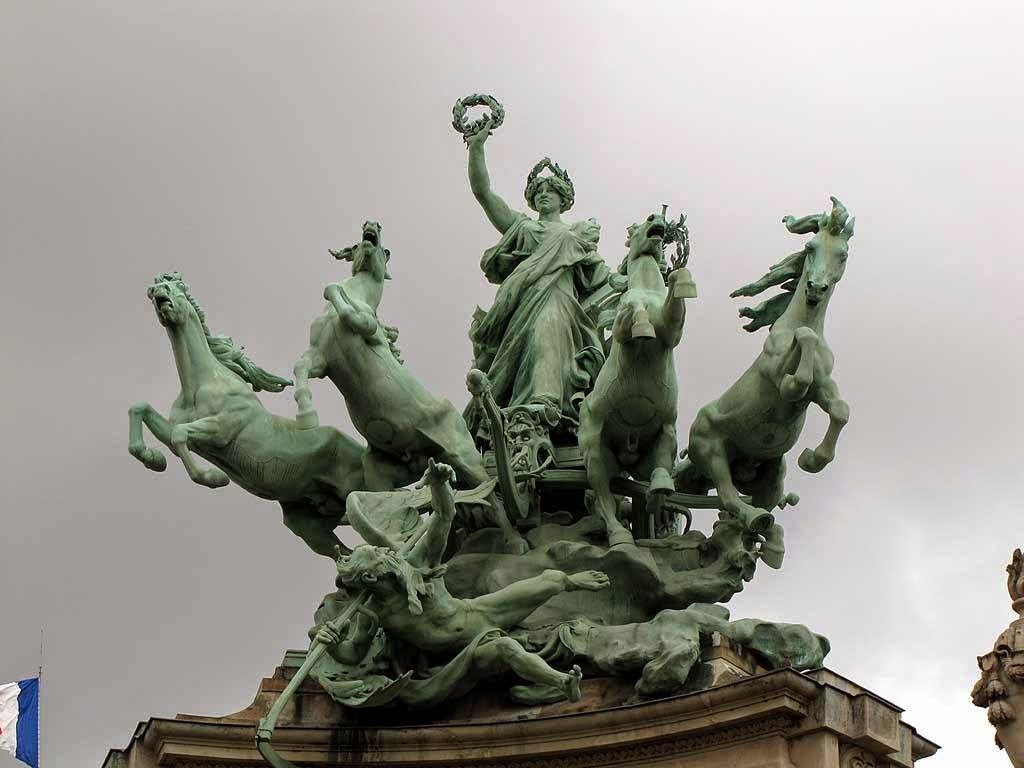 A chariot drawn by four horses, typically driven by a one of the goddesses such as Victory, Peace, Triumph or Fame. Very often a quadriga will be found surmounted upon a standing triumphal arch or an arch incorporated into a façade. 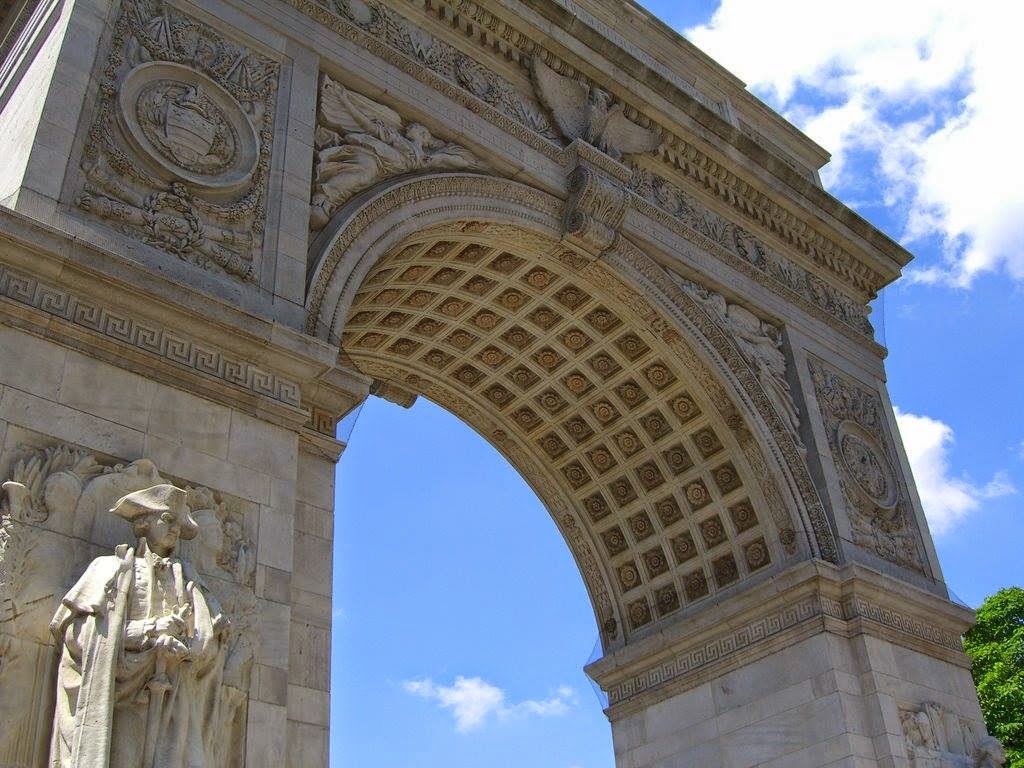 The precise term for the concave inner face of an arch or vault.

The convex visible outer face of an arch or vault. This well preserved bath complex by the Romans in Leptis Magna display extraordinary examples of visible extrados including a hemispherical dome, barrel, groin and segmental vaults. 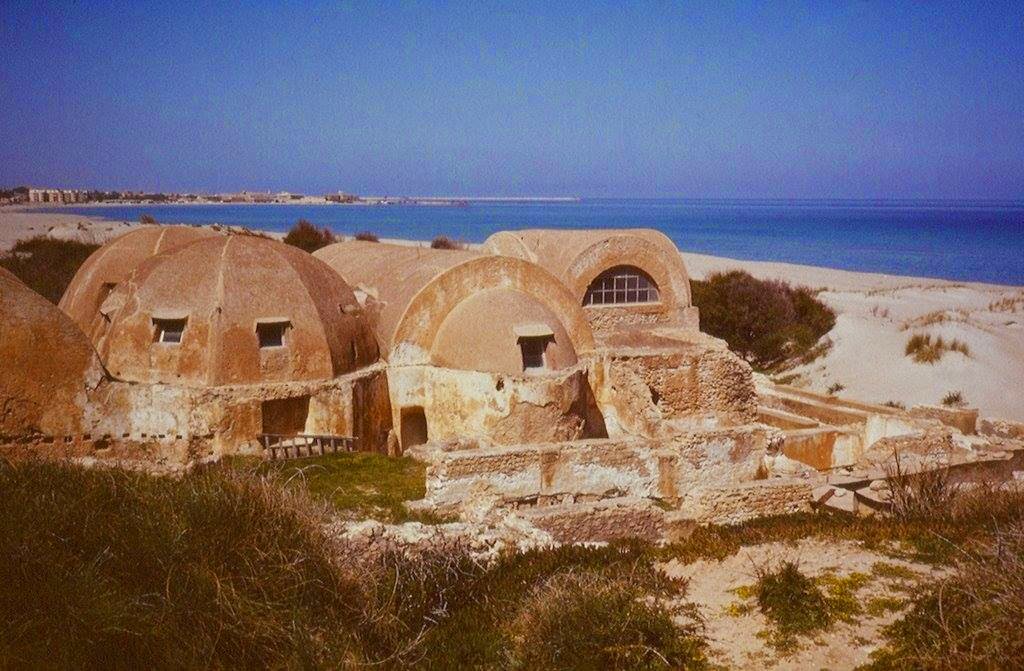 
Think "Gemini" or "twins", geminated columns are coupled. A frequent and enjoyable approach of support employed in cloistered Romanesque colonnades. 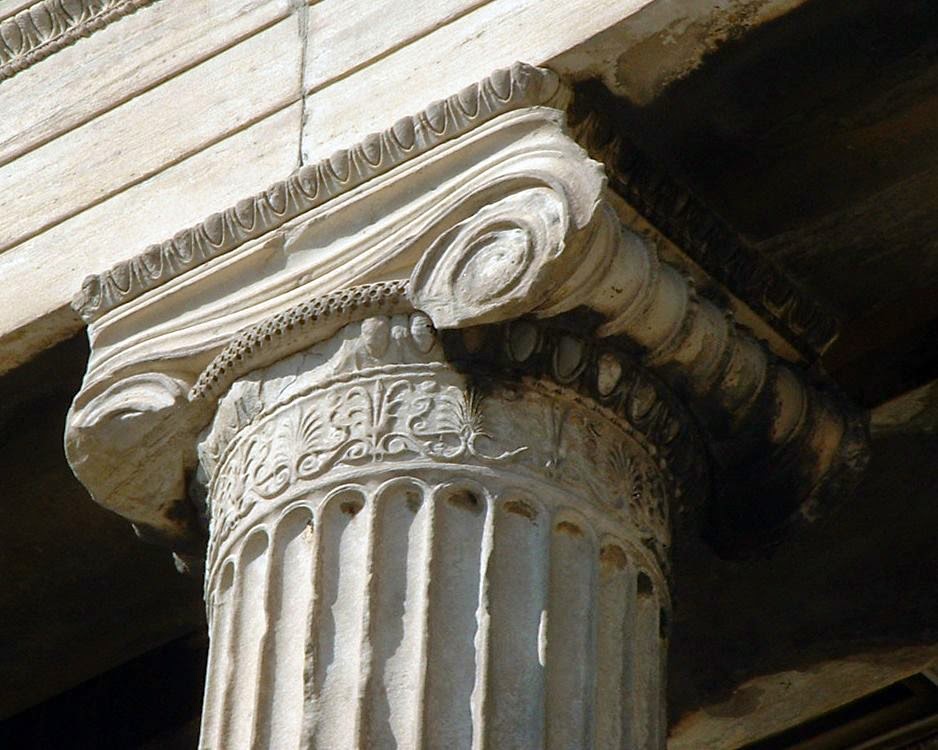 To take the anthropomorphic metaphor a bit further, I could imagine the alternating lotus and palmette motif of the Erechtheion trachelion as a kind of necklace.

As "trachelion" is Greek for "necking". The "hypo-" prefix means "under" so that the "hypotrachelion" indicates an element under the necking band.

In contrast to the Romans who would typically form an astragal or bead profile as a binding element between the capital and shaft below, the Greeks preferred to incise a deep groove, the hypotrachelion as a dividing element. 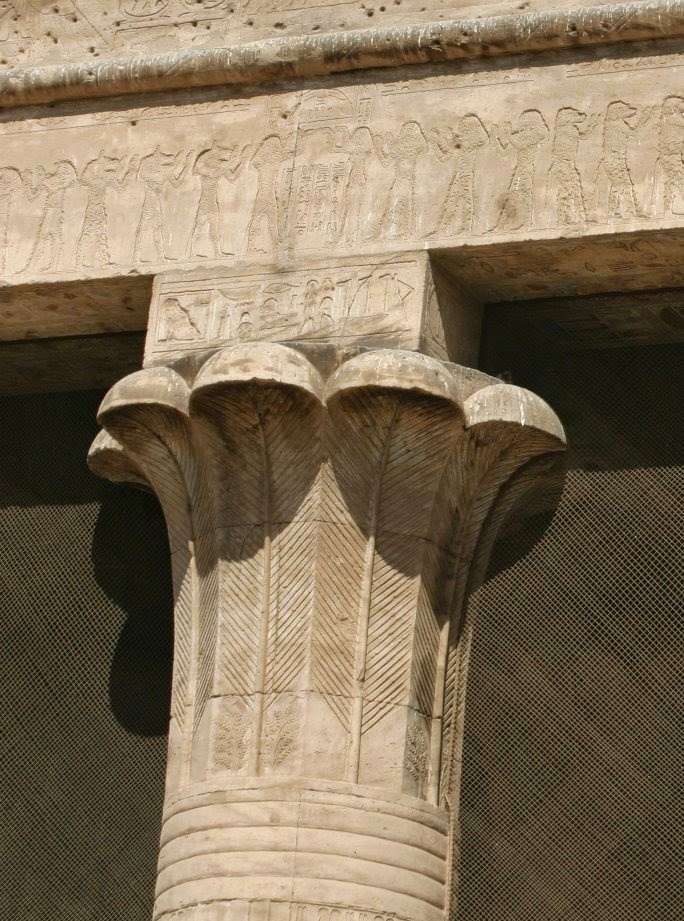 A column capital crowned with the stylized spreading leaves of the palm tree. This ancient example from the temple of Horus at Edfu casts some dramatic shadows under the Egyptian sun. 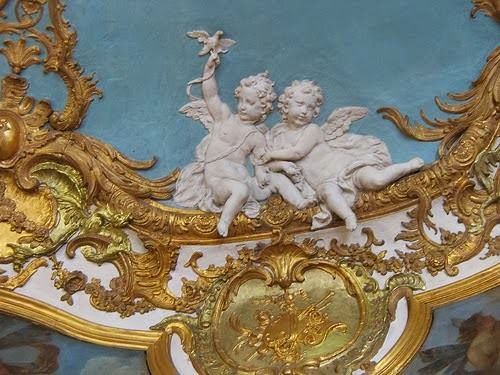 
Latin for "little boys" or "children", the Putti were revived as a theme from antiquity and fattened up during the Renaissance. Despite a frequent effort to Christianize Putti as winged Cherubim, this only served to closely associate them with the pagan Roman god of desire CUPID.