The Lamp of Beauty – Part I, The Classical Orders


“Remember that the most beautiful things in life are often the most useless; peacocks and lilies for instance.” – John Ruskin

The Enlightenment, the Age of Reason, the Neoclassical. For three centuries successive ages of philosophers, principally rejecting the yoke of the Church, concurrently left superstition and sentiment behind to embrace science and reason. But a generation of the philosophers' children felt their fathers had overreached. A world of reason was fast becoming a world devoid of sense. For many of this next generation of philosophers of the Romantic era it wasn't enough to think, they had to use their innate capacity for feeling to help understand themselves, society and even the physical world.

To some degree John Ruskin was influenced by the times he lived in, yet to a greater extent his philosophy contributed to defining the era. Certainly, he held a view of beauty that was not “of his time”, not of any time really as far as I can ascertain. If anything Ruskin's vision of beauty was not temporal, rather physical, “of his place”, thereby transcending the cultural milieu of the 19th century. For Ruskin, beauty was primarily an objective matter and thus a shared value amongst humanity. Although, in seeming contraposition, he likewise held beauty to be largely a sensory affair that could only fully be experienced emotionally. The uniting bridge between an objective view and a sensory experience was a profound sacredness, an intrinsic knowledge of beauty intimately imbued in our very humanity as fundamental and universal as our understanding of the sweetness of sugar or the bitterness of wormwood.

Ruskin by far considered beauty the brightest "Lamp" or virtue that could be embodied in a work of any architecture that might be called good. He opens his essay on beauty with the declaration, “the value of architecture depended on two distinct characters: the one, the impression it receives from human power; the other; the image it bears to the natural creation...all beautiful lines are adaptations of those which are commonest in the external creation”.

Ruskin subsequently precedes to illustrate the aforementioned premise with a consideration of the three principal orders of Classical or Greco-Roman architecture: the Doric, Ionic and Corinthian.

Doric
The order is introduced as follows: “beyond a certain point, and that a very low one, man cannot advance in the invention of beauty, without directly imitating natural form. Thus, in the Doric temple the triglyph and cornice are unimitative; or imitative only of articficial cuttings of wood. No one would call these members beautiful. Their influence over us is in their severity and simplicity.” I would venture that this sentiment is evidenced most clearly at the Parthenon where the severly linear geometric trigylphs, mutules and cornice powerfully frame the truly beautiful forms of men and centaurs engaged in pitched battle that lie in alto-relievo upon the metopes.

Ruskin next addresses the other prominent features of the order, namely the column shaft and capital, “The fluting of the column...was imitative in origin, and feebly resembled many canaliculated organic structures. Beauty is instantly felt in it, but of a low order...the Doric capital was unimitative; but all the beauty it had was dependent on the precision of its ovolo, a natural curve of the most frequent occurrence.” The ovolo Ruskin refers to was called the “ekinnos” by the Ancient Greeks, so named because of its resemblance to, or perhaps better stated imitation of the skeletal body of the sea urchin. The canalis, or shallow flutes of the shaft too resembled the channels often encountered in shellfish such as the sea scallop. 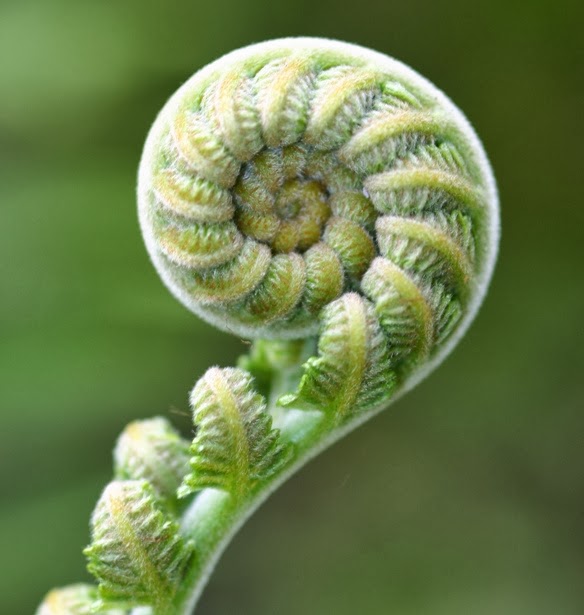 Again, the Ionic order like the Doric depends on the abstraction of natural forms for its expression of beauty. The most notable, perhaps defining feature being the conspicuous volutes representative of many spiral growth patterns in invertebrates and vegetation. However, Ruskin reserves particular praise for the Egg & Dart motif going so far as to say that its “perfection, in its place and way, has never been surpassed”, offering the following detailed explanation:

“Simply because the form of which it is chiefly composed is one not only familiar to us in the soft housing of the bird’s nest, but happens to be that of nearly every pebble that rolls and murmurs under the surf of the sea, on all its endless shore. And that with a peculiar accuracy; for the mass which bears the light in this moulding is not in good Greek work, as in the frieze of the Erechtheum, merely of the shape of an egg. It is flattened on the upper surface, with a delicacy and keen sense of variety in the curve which it is impossible too highly to praise, attaining exactly that flattened, imperfect oval, which, in nine cases out of ten, will be the form of the pebble lifted at random from the rolled beach. Leave out this flatness, and the moulding is vulgar instantly. It is singular also that the insertion of this rounded form in the hollowed recess has a painted type in the plumage of the Argus pheasant, the eyes of whose feathers are so shaded as exactly to represent an oval form placed in a hollow.”

Corinthian
Until now we've considered decorative motifs prominent of the Doric and Ionic orders that are highly abstracted. Ruskin noted that further progress in the pursuit of a beautiful architecture could not be attained without a more direct imitation of nature herself, what he expressed as "delight" to be "engrafted upon architectural design". For the Ancient Greeks this was to culminate in the Corinthian order and specifically with the appropriation of the acanthus leaf. The Romans would wholly embrace the acanthus form as well, expanding its use beyond capitals for a variety of uses most notably delicately carved foliated scroll-work. Ruskin conveys his veneration for the beauty inherent to the Corinthian capital as follows:

“Thus the Corinthian capital is beautiful, because it expands under the abacus just as Nature would have expanded it; and because it looks as if the leaves had one root, though that root is unseen. And the flamboyant leaf mouldings are beautiful, because they nestle and run up the hollows, and fill the angles, and clasp the shafts which natural leaves would have delighted to fill and to clasp. They are no mere cast of natural leaves: they are counted, orderly, and architectural: but they are naturally, and therefore beautifully, placed.”


In the continued consideration of the “Lamp of Beauty – Part II, Monstrosities” we will examine some of what Ruskin perceived as ugliness, certain abuses that developed during the Renaissance and Neoclassical periods.