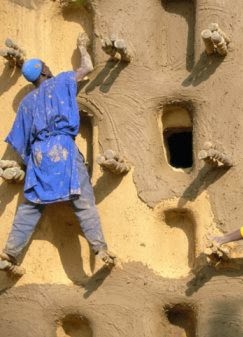 The rebel Titan Prometheus was said to have fashioned man from clay. The Jewish, Christian and Islamic tradition all attest that the first man Adam (whose name means red earth) was likewise a divine result of breathing life into clay.

Mastery of clay is in fact integrally associated with civilization itself, at the heart of what separates the man from the beasts. Clay bricks and plasters permitted man to raise his first shelters and establish his first cities. Clay and earth continue to be the primary building materials worldwide.

Modern, Western society has eschewed clay and earth as a primitive medium in favour of high embodied energy materials and industrialized systems. However, we may share father Adam’s punishment for our transgression, “from dust you came…unto dust you will return.”

‘Binders’ are the fine materials in a plaster that undergo a physical and usually a chemical change to ‘bind’ the plaster together in the setting.

Clay binders arrange themselves in tetrahedral sheets or ‘platelets’ a purely physical change.
By contrast, for gypsum and lime based plasters the binding action is accomplished by interlocking crystal formation, both a physical and chemical change.

‘Compo’ really short for “Composition Plaster’, is a material and technique developed by the French in the late Baroque and very much associated with the Rococo period.

Various proprietary recipes are typically some mix of pine rosin, plaster of Paris, linseed oil, turpentine and the key ingredient rabbit skin glue. The key properties of the resulting mix is a flexible yet strong medium that captures fine details and will adhere to both plaster and wood.


A latticed background of wood or metal for the support of plaster, most often over a timber frame backgroun. The penetrations or separation of the lath are so spaced to allow a portion of the plaster to fall behind and form a ‘key’ upon setting.

Although expanded steel is the most common lath system today because of ease of manufacture and installation, a quality wood lath such as chestnut produces a system that can endure for centuries, even through several plaster replacements. 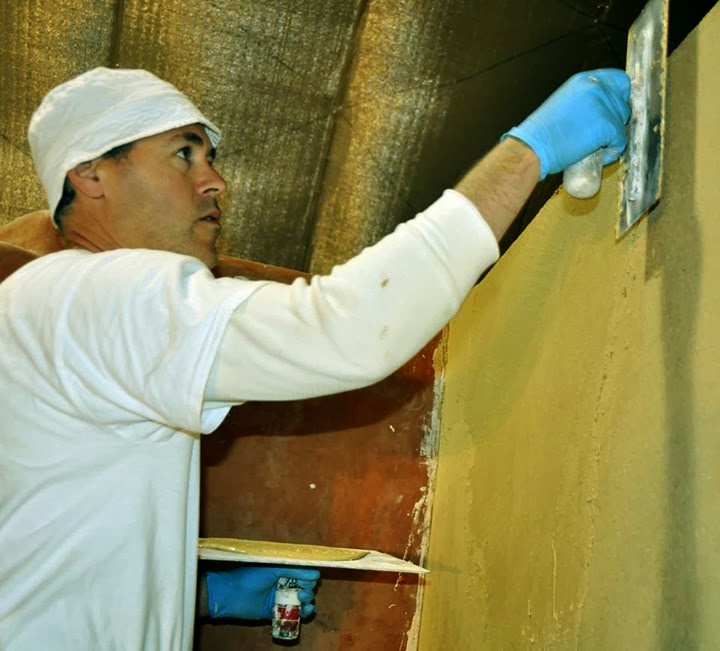 
This technique of applying fresh plaster onto still moist plaster can be very useful for controlling the total thickness of a finish coat.

Because the initial coat retains moisture there is less suction thus reducing movement, avoiding ‘cold joints’ and facilitating a smooth finish. Very little plaster is used for this coat; instead the 'sweet coat' plaster acts more as a lubricant to level and close the surface.

As plasters remain absorbent, topcoats are often used to provide some stain resistance especially in interiors. Traditionally in Europe natural soaps were preferred over waxes. The main reason is that unlike a wax which rests as a film on the surface, these soaps penetrate into or ‘impregnate’ the pores of the plaster.

If freshly applied over a lime plaster a chemical reaction takes place, ‘saponification’. The resulting reaction of the alkali soap with the fresh hydrated lime produces a thin protective layer of calcium stearates (i.e. soap scum) which is highly resistant to liquids and at that concentration remains transparent. 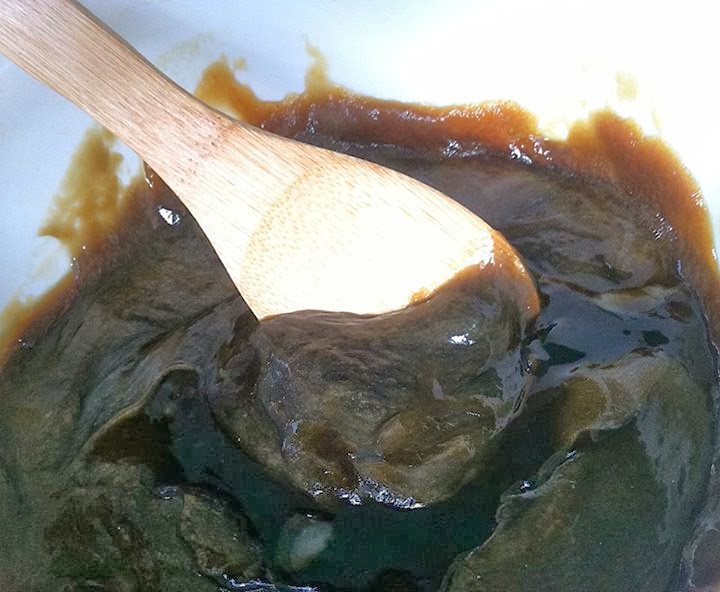 The traditional natural soap of Southern France based on palm kernel oil using lye and soda ash as the alkalizing agents to maintain its whiteness.

The woody inner core of the hemp plant, called the shiv or hurd, has excellent binding as well as thermal insulating properties. About 20 years ago the French began mixing Hemp shiv as an aggregate with NHL or Natural Cement and pouring into forms to create monolithic substrates.

After a quick setting, the low embodied energy, insulating building substrate is ready to plaster inside and out. The British and Irish soon followed suit and the technique is gaining notoriety in the US and Canada.

‘Natural Cement’ is an eminently hydraulic lime that is baked from clayey marls that have an high alumina content in addition to active silicas. The Romans exploited hydraulic lime deposits and would sometimes combine them with pozzolans to increase the hydraulic setting action even further.

With properties of a rapid set, self binding and high resistance to salt attack, natural cements are used for exterior statuary, run mouldings and as an accelerator for natural hydraulic limes.