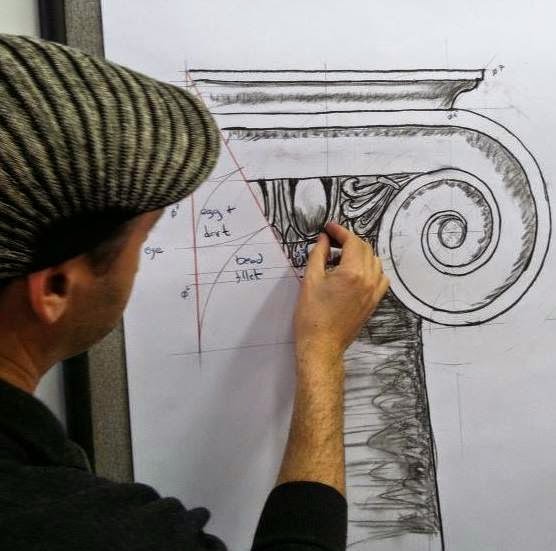 It has been two years since my previous end of year post, "A New Beginning".  The resolution then was: Share, Teach, Diffuse traditional plaster trade knowledge. Since that time I've been teaming up with craftsmen to organise and conduct ongoing professional workshops. Tadelakt with Ryan Chivers, Sgrafitto and Fresco with Franco Saladino, Scagliola with Jim Gloria to name a few. I've joined education committees to study and implement further integration of craft studies into traditional architecture programs such as the Institute of Classical Architecture and Art, University of Colorado and Notre Dame's respective schools of architecture. Most impactfully, I accepted a full time position as Professor of Plaster Working at the American College of the Building Arts in Charleston, SC. Words can scarcely convey the rewarding experience to work with motivated young men and women over a period of 4 years in the development of craft skills.

Nevertheless, I'm hardly content. In fact, I would say I'm burning with a desire to push myself harder and further. Our modern use of 'resolve' has the sense of 'complete' or as used in new year's resolutions: a determination to complete an objective. By contrast, the original Latin 'resolvere' meant to 'loosen' (solvere), 'again' (re+), to 'melt, dissolve, reduce to liquid'. That's the meaning I'm after. The next few years are about turning up the heat. Below is my kettle on the boil:

Bachelor of Applied Science in the Building Arts

What I haven't hitherto made widespread public knowledge is that I not only teach at the American College of the Building Arts but likewise have enrolled as a student. I'm now in the midst of my Junior year, on track to graduate the summer of 2016. My trade specialization is architectural stone carving. Plaster is largely an additive process. You start with nothing and with successive layers create form. Stone is the opposite. Completely subtractive, you begin with everything and reduce to the same place. Plaster is fast. Stone is slow. In many respects, a complete reversal of the approach to mass and void in architectural form. How I wish this program existed when I began my journey as a craftsman! I certainly consider myself fortunate to now have this opportunity so many years later.

My previous college experience was three years of engineering school in the University of Texas system. I was working, paying my way through, going to class mostly at nite. An unanticipated advantage of that was that my professors of math, physics and engineering were all adjuncts. Professionals working mostly in the aerospace industry, teaching for the mere joy of it. I loved the practical application of the study of math and science as well as the fundamental theories of statics, dynamics and mechanics of materials. But by my Junior year I understood the daily life of the engineer. Cubicle life, shackled to computers was not for me.

However, my passion for math has never waned. If anything it has grown exponentially. I'm only a few credits away from a bachelor degree in math and soon as I've completed my studies in the building arts, I'm going for it. Likely a Masters subsequently focused on the following: 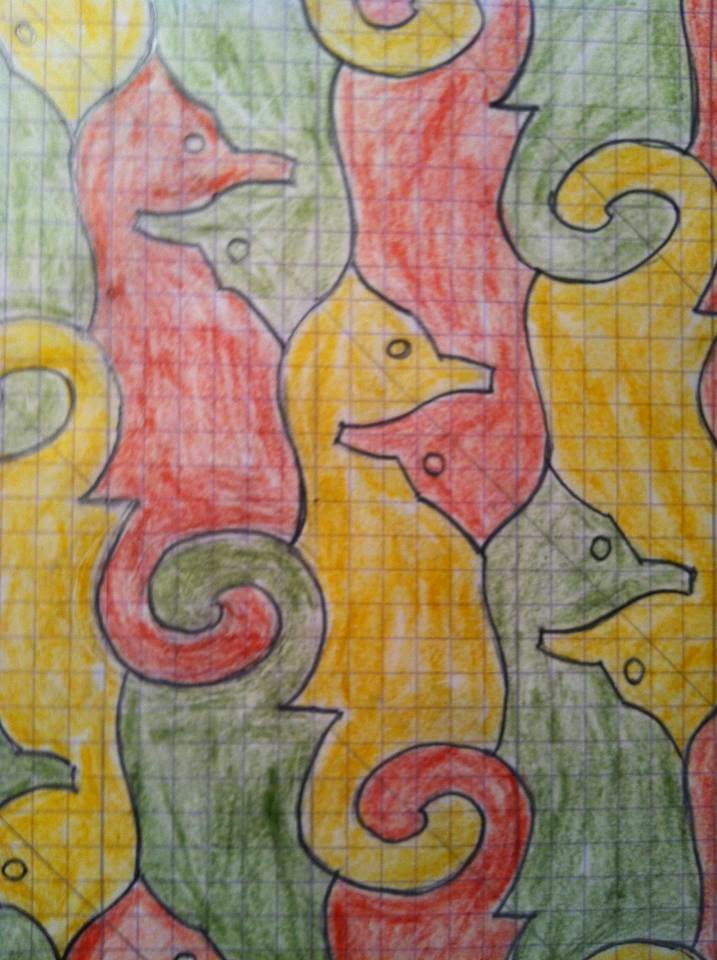 Geometry: From the ancient Egyptians and Greeks to the medieval masons, I'm deeply enthralled by the physical manifestation of number. Not just how to manipulate the 'rules' but delving into the philosophical derivations, the fundamental understanding of space itself.

Harmony: Music theory, proportion, emanation, syncopation, composition and oscillation. Light, sound, heat, all of our senses are responses to wave energy. I'm looking to increase my metaphysical awareness to my visceral, sensory understanding of the world.

Symmetry: Translation, rotation,  reflection. Classical, Islamic, the regular division of the plane by MC Escher in the 20th century are just a few examples of thousands of years of accumulated pattern design.

Putting It All Together

Why share all this personal information? Because I have an objective with all of this, namely: the widespread reintroduction and invigoration of ornamentation into architecture.

Why work in a vacuum or single-handed when I can put it out there and establish colleagues? Why wait to get started upon completion of some studies? Let's incorporate real projects that will inform those studies!

If you are a craftsman, designer, architect, educator or student in one of those fields and would like to collaborate please feel free to contact me: patrick@realfinishes.com