The angular Ionic capital is a variation having all sides identical, manifesting volutes. It is particularly useful for resolving the aesthetic of outside corner conditions. 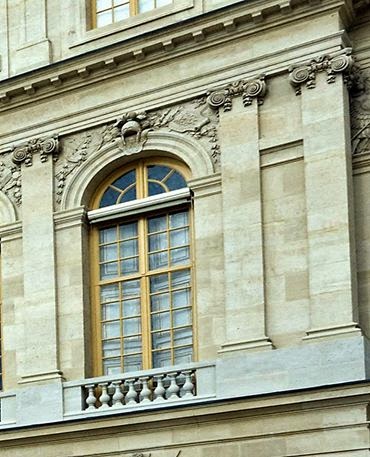 Pilasters resemble rectangular columns but being in low relief (commonly one fifth projection) are strictly decorative applications providing no structural support of the entablature above.

Pilasters typically do not have entasis or diminution yet otherwise conform to the details of the main order.

An engaged column has at least half to three quarters of its shaft exposed. It maintains the entasis or diminution of a free standing column and likewise performs a functional role of support of the entablature. 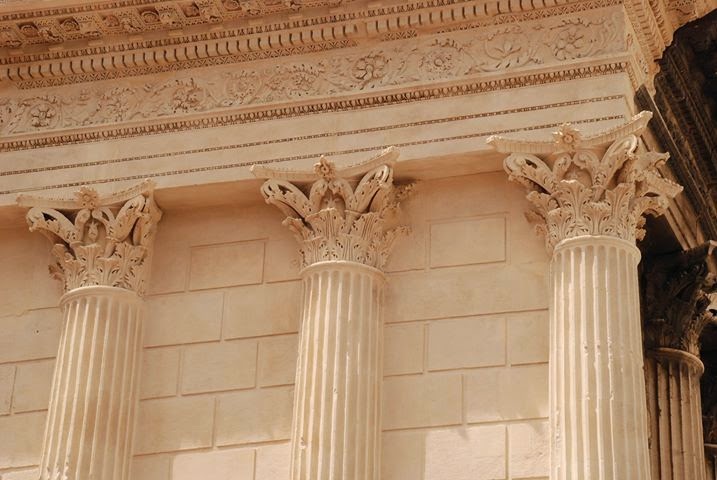 In Classical architecture the ‘entablature’ is the superstructure resting atop piers or columns that consists of, from bottom to top, the architrave, frieze and cornice. The name derives from the Latin ‘intavolare’ meaning to place on a table. 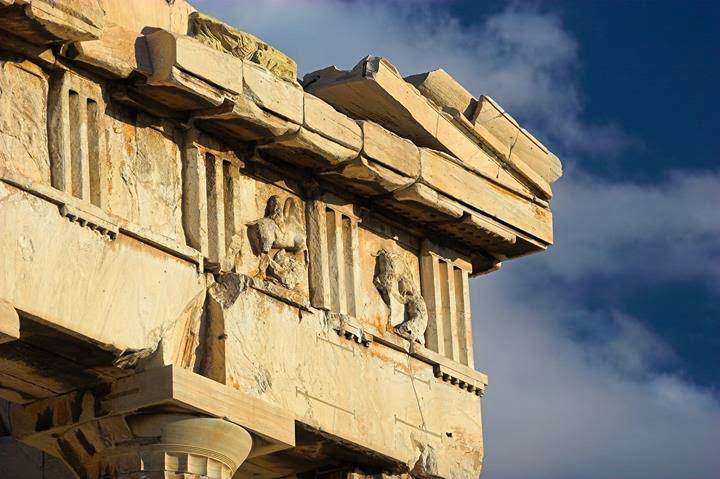 Could you guess that these rectangular ornaments come from the Latin term for tooth, ‘denticulus’? When dentils are a feature of a cornice the entablature is said to be ‘denticulated’.

Traditionally dentils have a height twice their width and are separated by a distance two thirds their width. A theory of their origin is that they represent the cantilevered ends of beams used to support a projecting upper storey.

All of these ornaments are associated with the entablature frieze of the Doric architectural order.
The name ‘triglyph’ derives from Greek, meaning ‘three glyphs’ (γλύφω)or carvings. The two indentations in the middle are obvious and you can notice two half glyphs on either side making a total of three complete gylyphs. The design is thought to represent the ends of three hewn and chamfered wooden planks bound together to form a beam for support of the attic.

The ‘taenia’ is the thin strip below the triglyph, marking the separation of the frieze above and the architrave of which it is the top most member. ‘Taenia’ is also of Greek origin (ταινία) meaning ‘ribbon’ or ‘tape’. Some may recognize it as the medical term for tapeworm.

The Latin word for ‘rule’ (like regulation), it the little bar directly below the taenia, aligned with the triglyph further above.

These small conical shape elements under the regula are the ‘guttae’, Latin for ‘drops’. Architectural historians theorize they may be decorative vestiges of an earlier wooden architecture where pegs were driven into the beams above to secure them. 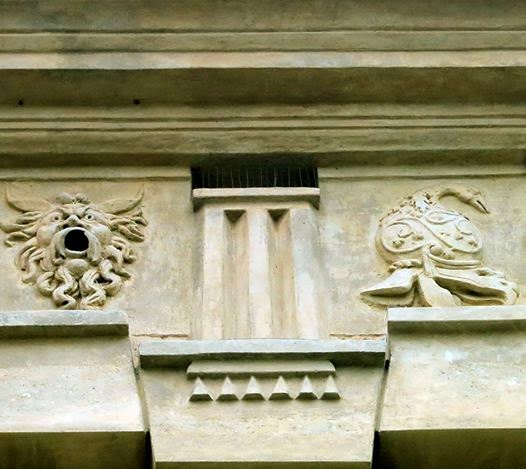 In the Doric architectural order, the ‘metope’ are the square spaces situated between the triglyphs. The Greeks typically would fill them with sculptural representations of emblems of sacrifice in their temple architecture. The Romans continued this tradition and also would use them for displaying trophies or simple decoration in buildings of the state.

The term is of ancient Greek origin literally meaning the ‘hole’, ‘opē’ (ὀπή) that is ‘above or beyond’, ‘meta’ (μετά), meaning above the architrave.

In the Renaissance example of the Tempietto, we see that various items of the Catholic sacrament have replaced the pagan Greek emblems. 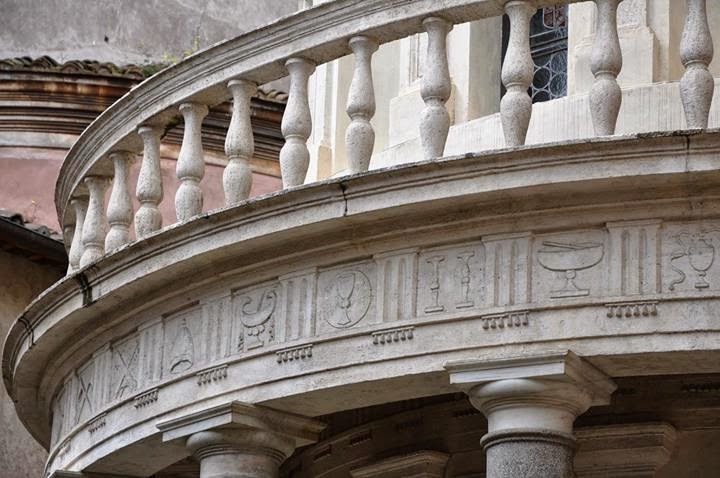